The Unseen Blade Is the Deadliest 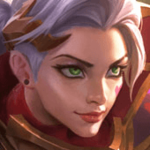 Contempt for the Weak

Contempt for the Weak

Zed's passive is "Contempt for the Weak".

FIRST CAST: Zed summons a shadow that dashes in a target direction, remaining in place for 5 seconds and being able to mimic Razor Shuriken and Shadow Slash while in range of each other.

Zed restores Energy whenever a Shadow lands a mimicked ability on the same target he does. This may only happen once per cast ability.

Enemies hit by a Shadow Slash are slowed for 1.5 seconds. Enemies hit by multiple slashes take no additional damage but the slow's potency is increased by 50%.

FIRST CAST: Zed becomes Playful untargetable for 0.6 seconds after which he Dash dashes through the target enemy champion over 0.4 seconds, marking them, becoming ghosted for 3 seconds, and spawning Shadow at the cast location which lasts for 6.5 seconds.

For the next 3 seconds, the mark stores a percentage of all pre-mitigation Attack damage physical damage and Magic damage magical damage Zed and his Shadows deal to the target, detonating at the end of the duration to deal physical damage.


SECOND CAST - DEATH MARK SHADOW: Regardless of distance between each other, Zed and the Death Mark shadow blink to their respective locations, swapping places.

If the target dies or is 1950 units away before the dash begins, Death Mark is canceled, goes on a 5 second Cooldown reduction icon cooldown, and Zed reappears at the cast location.


ALL INFO GOTTEN FROM THE ZED WIKI PAGE

Zed's laning phase is actually pretty simple, as long as you don't get camped.

His waveclear and harass is very good, especially because of his


You should be using

for safely last-hitting minions, and poking at your enemy laner if you are getting continually poked/harassed in lane.

When Zed hits level 6, it's a very scary time for every ADC in the game. When he finishes his Ghostblade/Duskblade, it's even scarier.

And for this, you should be looking for roams to help your fellow laners, and help secure dragons. Mid game is a VERY safe time for Zed, since he can basically 1-shot anything. Yes, even tanks.

Take advantage of Zed's mid game burst, since it's his single strongest point in the whole game. No one is tanky enough to deal with Zed, and no one can out-dps Zed. If you didn't do that well during the early game, then you can at least try to farm and help your jungler secure dragons until you can finish a Duskblade.

Late game is pretty similar to Zed's mid game. You can still burst ADCs until they disconnect, but he just has an acceptable teamfight.

During teamfights, just go for the squishiest person on the enemy team, and try to burst them down as soon as possible. After that, the entire enemy team (if they're not braindead morons) will see that you just killed their ADC, and try to kill you. If you still have your

you can escape very easily, and fall into your team, and just keep slashing them with Q's and E's until you win.

If you did fall behind during the mid game, then you can split-push. If the enemy collapsed into you, you can just use