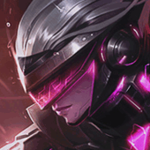 Guardian Angel
Items to have fun with

Riven goes head to head with Fiora. It's all about your skill with parrying the Rivens cc and her ult. Most Rivens take ignite too so thats a huge pain.

Renekton is pretty annoying. Like Riven he usually goes ignite and he can have 2 dashes in quick succession to out dash you. Like Riven this watch up depends on if you can parry most of the dmg or parry his w. One tip that I have is to build tank so you don't get bursted and just out sustain him.

Really good at long term fighting which is also what Fiora is good at. Can take bramble vest to stop the healing and his only form of cc is really fast. If you parry his q you won't take any dmg but he still heals. Try to parry the w or ult if you can hold it that long. Also go executioners to stop his healing and try to poke out then all in.

Sometimes takes ignite and goes executioners. Sometimes bursts you or all ins, but e and dashes pretty easy to predict and her w makes her a sitting duck for you to proke all those true dmg vitals.

I have had bad experiences of getting oppressed by top vayne, so maybe it's biased. Really annoying to lane against turns invisible so you have to blind q and risk missing. E is hard to parry and just tumbles every where.

Oppressive in lane has a block for passive takes ignite and out pokes from far range. Hard to parry his cc and if snowballs you should just farm somewhere else.

Has a w that prevents Fiora from dashing to or away from her. Poppy's q has a good slow and really spammalbe making her good at skirmishing with you. E is pretty hard to parry and if you do she might go through you and then you can't stun her.

Really good at locking down people. Use your ult then J4 ult and lock down that person you q over and 2v1 get the kill and if they flee your q over the wall again.

Really good at locking down people. Use your ult then J4 ult and lock down that person you q over and 2v1 get the kill and if they flee your q over the wall again.

By Naniboi101
Intro
Hi, I'm Naniboi101 and I've been playing Fiora for some time. Fiora is a top laner which excels at dueling (hence the name grand duelist). Because of her ability to 1v1 and her need to scale to late game, she usually split pushes and is really good at it. Fiora can also team fight assassinating the backline, healing up her team with her ult and can be on the front line shredding through the tanks and soaking up dmg with her insane sustain. Fiora is pretty versatile and her builds and styles to play are pretty flexible. I know that many people will disagree with me, but Fiora is easy to pick up hard, to master. If Fiora makes one mistake like miss q'ed or had a bad parry that could cost you a death in the early game and that death could snowball pretty quickly into your useless.
Gameplay
Early game you should poke as much as possible. Whenever there is a vital and you won't get punished go for it good heal and dmg. Don't push the wave to hard until you feel confident about 1v2ing or late game. Figure out what abilities your opponent has that you want to parry and weigh the option of whether you want to their cc or main dmg ability. Parry is really precious so use it sparingly and I recommend only using it for defense or to finish someone off. Always try to hit it even against aa based champions like Trynd and Jax Fiora's w slows their aa speed. Some champions will try to bait out you w or dodge it. Kled will q on to you and then when you w he will dash past you and you won't apply your stun. Switch tactics and w behind yourself where kled will be. Never miss q's in early game it sucks. When fighting aim for vitals. I rather get a vital than just get 2 autos off. When team fighting uses your ult to target one person and hunt them down. If you need to switch targets go for it but watch out for burst. Timing on w is even more important in team fights because they probably have more cc and burst.
Items
As I said in the intro Fiora is pretty flexible with her build. In the begging take darons normally. Corrupting pot if you want to sustain you're like me and took timewarp tonic. Dorans shield against poking or ranged champs I prefer to go Ravenous Hydra it boosts the dmg on passive quite a lot and good heal and aoe for wave clear and team fighting. I usually rush this first item but some people like to take Tiamat then Trinity and finish off Tiamat later. After hydra and Trinity, it's completely situational. You could go full dmg and burst everyone. Play safe and build tank like gage. Sometimes when your ahead or your just having fun try one of the fun items I like to go full ad sometimes with guinsoo get to as much ad and proke a vital and see the true dmg or I like to go move speed and run them down. Fun fact you can proc Fiora's vitals with items like bork or hexbelt (why I put them in the Fun section). P.S I don't know if frozen mallet is a good idea plz comment to me if it is. Sounds good haven't tried it yet. Oh yeah and Muramana.
Counters and synergies
Most counters are people that can skirmish well, poke well, or it's hard for you to parry against. Grievous wounds is your worse enemy reduce healing completely destroys Fiora's sustain. Practice your parry reaction time and build against them or wait for the late game. Fiora doesn't synergies with other champs that much. Champs that can lock down people for Fiora to duke it out within a team fight is useful and supports like Lulu and Nami that can provide survivability and cc are valuable too.
Tips and tricks
Fiora can do this thing called slide parrying press q and then w in quick succession. This allows for Fiora to be protected when she dashes and also can get through traps like veigar, jinx and cait's e. You also purposefully slide parry through them in order to cc. Practice hitting Fiora's vitals when you ult increase in dmg and healing helps everyone on your team out. Starting game look at the enemy team and decide as said before find what abilities and dangerous and should be parried. It is also good to find out your q's max range and trying to always go for that max range when poking. When ulting use Fiora's slow from her e to walk around and setup for another vital. When a champion is ulted hit the vital closest to you with q, then slow them with e and hit walk to the one furthest to you hit it then the one secound cloest to you then return back and hit the final one.