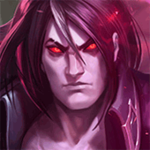 Tear of the Goddess ->

Rabadon's Deathcap. This will give you the strongest heals possible while also giving you strong tankyness and enough mana to permaspam your heal which you focus on.
1
[-]

Dexiron (2) | February 3, 2019 8:05pm
Taric's heal is absolutely an important part of his kit. It's what makes his early game dueling so insanely one-sided. The thing is, it's more useful as sustain healing (off objectives and in super long teamfights) than as "burst healing" cause of all you miss out on. I've also considered selling the JG item, since

So your build certainly could find success in some situations. I think the problem might be actually getting to these items. For the most part, they're verrrry expensive. And it sacrifices early/midgame potential for the scaling. What I've found trying

Tear of the Goddess is that

Muramana are actually less efficient than other options for healing or DPS respectively, and it takes so long to get there. Even

Spirit Visage is more expensive and selfish than

Locket of the Iron Solari.

Athene's Unholy Grail. THIS is the healing item. There is no other healer in the game who can spam and DPS as fast as Taric. It actually DOUBLES your healing power (fully charged after 3 empowered auto's or 2 and a spell, in addition to 50 AP). On top of that it gives mana regen and MR. It is the equivalent of about 4000g of pure AP in terms of healing, and it's only 2100g!! This is why I usually don't invest too much into AP items like

Rabadon's Deathcap. Obviously, the only thing is that it can only heal a single target as opposed to a full team, but very rarely do your heals actually need to hit more than a couple teammates. And at some point, I think attack speed scales better than AP cause you can spam faster.

Rod of Ages also has serious potential. The Eternity passive gives 2/3 the self-healing power of Spirit Visage. At the same time, the question of

Rod of Ages vs

Abyssal Mask comes down to: do you and your AP teammates benefit from the MR and Magic Pen more than 20% AP scaling on your Q? The answer is usually yes.

I would also very strongly recommend

Glacial Augment. It seems underpowered, but it probably makes ganks and invades about twice as likely to succeed. Then, hitting that early/midgame power spike means you can initiate teamfights and get picks.

Overall, I think a healing build like this one can absolutely work, but it all depends on the situation and team composition. Remember that healing means nothing if you have no damage. If you have a hypercarry like

Riven, these items make a lot of sense. At the same time, it will take a lot of time and gold to get there, and since your allies scale for late, jungle might have to win early. Very complicated, but worth exploring! If you really want to skip 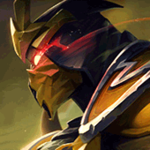 Rako007 (14) | November 30, 2018 2:03pm
Hello there Dexrion!
I never thout taric can jungle until now its so powerfull i just dont have what to say, its so much better than on support , anyway about runes only thing i wouldnt take on him is hexflash cause i really dont like it but the rest of guide is awesome.
1
[-]

Dexiron (2) | December 1, 2018 2:31pm
Thank you so much! I've worked very hard on theorycrafting all this! But absolutely if you find another way of playing it that you prefer, then go for it!

What I can say about Hexflash is that it takes a long time using the rune to make it work well. Most top tier junglers can scale terrain (

Xin Zhao can dash with vision), and this has a good reason.

Higher MMR jungling relies a lot on avoiding vision and clever pathing, and laners position better to avoid ganks. I think you'll find as you climb that Hexflash can help a lot with just making all of this more efficient.

I want to eventually add a map of the places I most often use Hexflash (over the wolf wall when coming out of base, out of brushes when ganking, from the raptor pit to mid lane, through Gromp brush into the back of top/bot, into the Dragon pit to sneak it, out of the Dragon pit when I get caught).

Magical Footwear is a bit risky since you really want early MS in the jungle. It could possibly work out.

Gargoyle Stoneplate a super efficient 3rd/4th item, and could be used to get in an extra Tower dive. And here's a tip about Zhonya's: Taric's ultimate channel is 2.5s, and stasis lasts for 2.5s. So if you cast R, then immediately press stopwatch (in that order or else you dodge your own spell), you have 5 full seconds of invulnerability. Additionally, if an ally goes Golden, then you should press R immediately, and they will seamlessly come out of stasis into invulnerability.

KuuHaKu_OtgmZ (55) | November 30, 2018 6:05am
Holy kkkkkk I'm gonna die from watching those skills' clips, it hilaryous the "WHAT THE F**K" face from the enemies when you show up and imorta-heal the ally. Never thought about trying

Taric on the jungle, but given his passive, you have infinite sustain as long as you have mana left.
Have you considered making

Dexiron (2) | December 1, 2018 2:02pm
Thank you! Yeah I wanna upload my entire Highlight reel at some point, I have plenty more!
And actually the first time I thought of trying jg Taric I was playing him support and I cleared the wolf camp or something, and I was like... wait if I had a blue buff I could do this.

For items, I still find

Turbo Chemtank crucial for mid game engage, so I would put Ardent or Athene's after (this also depends on enemy and ally team comp).

Ardent Censer is absolutely viable, and it was my 3rd item after RG every game during Ardent meta. However, I currently find that it is very situational. It gives in about +40% AoE healing in teamfights, a free

Pickaxe in damage to you and allies, and basically another

Boots. This can work on a team that has multiple attack speed users (think

Kayle) or multiple squishies you need to protect, but otherwise the healing and MS boosts are not enough to be worth the investment.

Athene's Unholy Grail might actually be broken on Taric jg. I've been trying to figure out if it fits as a standard 3rd or even 2nd item. There is no other champ in the game that can heal as frequently as Taric and have enough DPS to refill the Blood Charges. It takes Taric 3 auto's or one spell and 2AA's to fully charge. As a 3rd item it is insanely good against AP comps with squshies on your team. It can give +100% bonus healing!!!!!! Yes you double your single target healing.

The problem both of these options have (moreso with Ardent) is that they barely increase your tankiness. If you are in a teamcomp that has a strong frontline (i.e. tank top, tank support), then these options become more attractive. However, if you have to be the team's primary/secondary tank then items like

Locket of the Iron Solari,

[Season 10] The God of Peel
By Taric Support