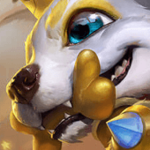 Edge of Night
vs. Tanks

Aatrox is very annoying to play against, for the sole fact that you can only use your E to dodge one of his Q abilites, leaving him to land the rest of them onto you. Spacing is hard against him as your Auto Attack Range is near enough the same as his Q range, so he can easily land the crit part of his ability. Executioners / Ignite is also very much needed vs. Aatrox !

I have recently learned how to play against Mordekasier, however struggled alot before because of his immense damage with his Passive and durability with his ultimate. It is important to play around his cooldowns and to fight early in the laning phase. This is because you can do alot more damage early than you can do in the middle of the laning phase where mordekaiser can start doing alot more damage to you.

If played incorrectly, Darius can stomp you. Any slight miss positioning and you can easily die. You need to be able to dash into his Q to reduce the damage taken , and to fully commit to the fight. Do not try and kite away from him! His E is also buggy (in my opinion) making it really hard to dodge. Other than that, the matchup is actually very easy.

Jax is a tricky one, due to his ability to all in with his Q to bait out your E, and repeat the process. The trick here is to poke heavily with your auto attacks, and if he proceeds to try and Q on to you, then use your Q against the wall to do more damage and E away from his stun. Try and stay close to him so that if he misses the stun you are in auto attack range to deal more dmg. Also, DONT underestimate his damage

I feel Yasuo is very easy to fight against. You can dodge his EQ , Tornadoes and proc his passive very easily with the spray of your auto attacks against minions. If he attempts to EQ you, just auto e auto to dodge it. Simple!

If he misses Q, shit on him. thats all. He tries to run away? W him, auto e auto and kill him. Always play around his Q cooldown, and if anything try your best to bait it out!

Not just nautilus, but any front line champions. They soak in damage and allow you to do heavy amounts to the enemy team! Without having a frontline leads you to waiting for an engage or a miss positioning from the enemy which becomes rare to see the higher up the ladder you go

By NeroZYN
Introduction
Hey! My name is NeroZYN and this is my Graves Top Lane Guide. I started trying out Graves in Season 8 Gold Elo, and managed to get Diamond in Season 9!

I Stream almost everyday at https://www.twitch.tv/nerozyn playing only Graves Toplane in the EUW Server. Feel free to stop by and follow the Twitch and subscribe to the Youtube Channel!?

Graves Toplane is great as you can easily dominate the enemy laner whilst sufficiently being able to either Splitpush or become very strong in Teamfights. He can be used as an extra backliner to kite the ADC, frontliner with enough HP and Damage Items, or an Assassin with mostly Lethality items! From here on forwards I will show you how I play Graves Toplane
Matchups on YT!

Shaco (Not In Depth but alot of good explanation with how to fight vs. Shaco)


Rengar (Not In-Depth but Important)

- Can bully laners due to range advantage + Armor Increase from E making him tanky.
- Flexible in terms of what items you can buy.
- Can become a split pusher or a teamfighter.


- Can feel VERY out of place within the game. (Your role becomes very confusing in terms of your responsibility within a teamfight or in general)


- If your not ahead from the laning phase you are easily outscaled compared to most top laners
- If your BEHIND your practically useless unless you pick up some kills. Champions like Jax would literally farm you lol.
- Wave controll is infinitely harder!
Item Builds

From here, I will explain the reasonings behind the choices of my builds.

Deaths Dance is essential vs. Bruisers, as it grants you Damage, Armor, Mr, CDR, AND Lifesteal, giving you enough sustain to last throughout the fight!


Black Cleaver is also essential vs. Tanks, and provides Damage, Health, CDR and Armor Reduction, making it important as you can shred their armor within two auto attacks for the rest of your team.

I normally build this when i start Deaths Dance vs. a Squishy or Bruiser dominant comp. This is due to the lack of armor you would normally go against, making you insanely strong in teamfights if you land your Q-R correctly. With this, duelling ADC's and enemy laners is much easier because of your massive damage. Phantom Dancer assists you when you need to attack more vs. Bruiser dominant comp's, where you need a bit more than just your abilities to kill them. The shield helps alot vs. Bursty / High Damage comps.

This build is used predominately vs. Tanks, as it has

Phantom Dancer for sustainability along with

Lord Dominik's Regards for Armor Reduction. You could also swap

Infinity Edge if you feel GA is unneeded and would rather have more damage.

This build is alot more expensive early, hence why I have tried to find alternatives as they are easier to build throughout the game, especially for the top lane. However, Crit Graves feels more rewarding, especially with PTA, as you get insanely more damage with your auto attacks. The crit build is also complimented with

Death's Dance for sustain and Rapid Fire Cannon for range and poke. The items after those three (

Death's Dance } are situational, as you may feel to near Armor Penetration , Armor, Magic Resist etc.
Tips on Laning

With laning, you want to be able to fully utilise your

Quickdraw so you can selectively choose short or extended trades within the lane.

Press the Attack allows you to do this, as you can proc one hit onto the enemy laner, and then Auto

Quickdraw Auto onto them to proc the Bonus AD Damage onto them. This deals huge amounts of damage which can build up over time. I Have a video of demonstrating this on my Youtube Channel (The guide is very old, but the laning strategies remain the same!)
Here.

Here I explain how to handle 2v1 situations.
Runes (Why PTA !?)

As shown in the videos above, Press the Attack can be utilised in a special way in which Graves can easily poke through minions to attack the enemy laner and gain 1 stack. This can be comboed with an Auto

Press the Attack and gain Bonus AD Damage. This deals alot of damage, and can apply alot of pressure onto your laner which can setup for extended trades or to freeze the lane.

I choose this over

Conqueror because it takes too long for it to take effect, and isn't utilised as well compared to other champions

Fleet Footwork is great due to the sustain and movement speed it gives. It can be argued to take this over

Press the Attack vs. Tanky matchups due to kiting capability. I prefer PTA over fleet personally due to my playstyle, and I feel fleet is very weak with little to no damage being done compared to PTA.

In my opinion these runes are standard, and are always required when picking Precision.

Triumph is very important so that you are always able to keep fighting within skirmishes as well as 2v1 situations.

Legend: Alacrity compensates for the lack of attack speed you may have depending on the build you wish to go.

Coup de Grace can be swapped with

These runes are needed to prevent Graves from being a Glass Cannon (Does alot of damage, but is really weak and vulnerable to getting one shot). Boneplating makes it bareable to take poke from ranged champions

Quinn, and to take short trades without taking severe damage.
Overgrowth will become more important further on into the game as it gives you alot of health to tank more damage, along with

Death's Dance for sustain and resistance makes you really durable!