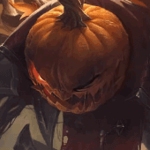 Dodge his spikes, and all in.

Ranged uber-assassin VS a Melee assassin is simple.

Ranged uber-assassin VS a Melee assassin is simple. Just care his Death Mark.

Care charm and orb, all in.

His ultimate can be a pain, but play around it and harass when possible.

Skill matchup - watch her daggers, and all in on Shunpo, if she ults just E her.

You'll have to play safe with Annie post-6, because you are just as squishy as her, and Tibbers will OHKO you.

Hey shroud is a pain, and your W doesn't uncover her. Try play around this and care she doesn't all in you out of shroud.

You should usually lose this matchup, he will windwall your all-ins and all in you.

Hello, I'm Quinncest, a one trick Quinn player from Oceania. I might be in the lower elo zone, but that doesn't stop me from having a considerable amount of experience on this champion, and I'd like to you show you why Quinn is such a beast in the mid lane.
Summoners

You'll usually always want to take the standard Flash + Ignite combo, but teleport rather than ignite is always viable, but useless post-6.
Why midlane?

Because just like the top-lane, Quinn is a massive lane bully, but opposed to versing tanks/bruisers, you're versing little squishy targets that you can kill safer and quicker, and snowball much easier.
Her abilities and how to combo them efficiently

Her abilities and how to combo them efficiently

Active: Valor reveals the surrounding area for 2 seconds.
[Vault]: Quinn dashes to an enemy, dealing 40 / 70 / 100 / 130 / 160 (+0.2 per bonus attack damage) physical damage and slowing the target's movement speed by 50%. This slow decays over 1.5 seconds. Upon reaching the target, she leaps off the target, briefly interrupting it, and lands near her maximum attack Range away from the target.
[Behind Enemy Lines]: After channeling for 2 seconds, Quinn calls upon Valor to assist her. While together, the two gain bonus movement speed equal to 70 / 100 / 130% of their total movement speed and can cast [Skystrike] by taking an offensive action or reactivating Behind Enemy Lines.


In terms of her combo, it's proccing your passive, auto attack, E, auto attack, Q+W and autoattack, follow up with an ignite early and they're doneskies.


Behind Enemy Lines is automatically cast when returning to the Summoning Platform.

Knowing when to roam

Knowing when to roam

Having map presence for your team is a big step into winning a game and getting snowballed stupidly, so having a basic knowledge of map awareness is very important on Quinn. You should never roam pre-6, because you're too slow. If however, you see your midlaner leaving lane to roam, follow it up, you don't want your bot/top/jg to suffer, because you wouldn't follow up. You're the best roamer in the game, so do it, but do not roam too often, farming is still very important.
How to team fight

How to team fight

The smart way to engage in a teamfight is to try and use your teammates as bait, so you can get in and swoop them off guard. They'll think you have no presence in the teamfight, then BAM!
>>>> Teamfighting with Quinn <<<<
Click that link, watch the video, and learn.
THIS GUIDE IS NOT FINISHED

THIS GUIDE IS NOT FINISHED

I will do touch ups to this guide when I have time, I hope this can help new Quinn players to a certain degree.

Quinncest Quinn Guide
Vote Vote
Quinn's One Shot Wonder
An introduction
Summoners
Why midlane?
Her abilities and how to combo them efficiently
Knowing when to roam
How to team fight
THIS GUIDE IS NOT FINISHED