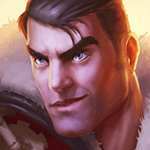 By jcupsss
Introduction
Hi everyone, my name is senga.
You can watch me live on Twitch at https://www.twitch.tv/senga24

This guide will help you climb the ranks and perhaps get you thinking about the fundamentals of playing Ekko. He's a force to be reckoned with because of his ability to dive in and out of fights.

Because the League of Legends scene is constantly evolving, I'll try my best to update this guide as often as possible (so that you have the most up to date info on how to climb with Ekko)

The two summoner spells I would run on Ekko are ignite and teleport.

Take ignite when you expect to trade a lot in lane. It increases your kill pressure on the enemy mid laner by a significant amount, which forces them to play cautiously. This gives you breathing room to hop in and out of vision or go for combos. It also helps you secure kills outside of laning phase which is a plus.

Take teleport when you don't have kill pressure on the enemy mid laner or when you expect to have a hard time in lane. It allows you to make mistakes, acting as a quick way to get back to lane after a bad trade. You can also use it to make plays around the map to try to enable your teammates to do well. Try to keep an eye out for extended enemy laners or jungle skirmishes as they are prime opportunities to use your teleport.
Item Build Order

Starting Items
Corrupting potion is a must buy on Ekko. I would almost never substitute it for another starting item as it provides additional damage for trades and sustain, both of which are valuable to him early on in the game.

I would also take yellow trinket over sweeper. It's important that you get vision down on the enemy's raptor camp at 1:25 as it gives you much needed information on the enemy jungler's pathing. If you see that the jungler is on raptors at around the 2:30 mark, there is a high chance that scuttle will be contested or that mid will be ganked. Watch out for this and move accordingly.

First Re-Call
Depending on how successful early laning phase goes, you have options to buy:
- Boots, Dark Seal, and a Control Ward
This is the go-to buy when you're forced to re-call early and don't have money to buy other items.
- a Hextech Revolver and Control Ward
Buy this when you are winning lane. It builds into Hextech Protobelt-01, which is CORE to Ekko's build.
- Mercury Treads and a Control Ward
Mercury Treads are commonly bought when you are being pressured by an AP opponent. It provides much needed magic resistance, tenacity, and movement speed, enabling you to get out of sticky situations and take less damage in early trades.
- Seaker's Armgaurd and a Control Ward
Seaker's Armgaurd is a must buy against AD champions like Talon and Zed, where you will likely purchase Zhonya's as your first core item. Much like Mercury Treads, it provides you with much needed armour, negating damage taken in early trades.

Core Items
Hextech Protobelt-01 and Lich Bane are pivotal to Ekko. Protobelt will be your first completed item and Lich Bane will be your second. There are almost no scenarios where this is not the case. However, there may be times when you need to delay buying Lich Bane to purchase a Zhonya's Hourglass.

Let's recap what we have so far.
-Complete a Hextech Protobelt-01 first.
-Complete either a Lich Bane or Zhonya's Hourglass second. These two will be your second and third item. The order is interchangeable.

5th and 6th Item Choices
The last 2 items in your build will amplify your damage. At this stage in the game, you want to be able to 100 to 0 the enemy back line every fight.

Thus, the best options are as follows:
- Mejai's Soulstealer
I'd recommend upgrading your Dark Seal if both you and your team are doing well, and if you can reasonably expect to stay alive during fights. Getting Mejai's to 10+ stacks will grant you 10% movement speed and it will also give you a total of 145 AP at max stacks (25). This item is pretty good on Ekko.
- Rabadon's Deathcap
I'd say Rabadon's is better for Ekko's kit than Void Staff is because of the sheer amount of AP it provides. Build this item over Void Staff if 2 or less people on the enemy team are building MR.
- Void Staff
Build Void Staff if 3 or more people on the enemy team are building MR.
Abilities

Ekko's early skill order can go one of two ways.
Q -> E -> Q
Go this route when you need more damage on your Q to clear waves. This is generally the case when you are behind in lane or being pressured.
Q -> E -> W
Level up all 3 of your abilities when you are ahead and looking to aggress on the enemy mid laner. Having an early point on W enables you to fight your opponent without taking much damage from minions.

Next, let's go through how to use Ekko's abilities.

Time Winder
Time Winder is a boomerang-esque tool used to clear waves quickly. It's wide enough that it will hit all 6 (or 7) minions so don't worry about accuracy when using this ability. It is also used in conjunction with Ekko's dash ability to chunk out opponents. This combo will be covered in the Phase Dive section below.

Parallel Convergence
Parallel Convergence has a passive and an active component. The passive deals bonus magic damage to low health enemies on Ekko's auto attacks. The active is a field that appears after a few seconds that stuns enemies and provides Ekko a shield.

To pull off this trick successfully, stand in either of the brushes closest to mid lane and make sure that the enemy has no wards there. Buy control wards!

Phase Dive
Phase Dive is Ekko's dash ability. Ekko dashes to an opponent and deals damage to them. One thing to keep in mind is that you MUST combo this ability with his Q to be able to land both abilities at once. To make this combo work, you must press Q in the direction of the opponent as soon as you press E.

Chronobreak
Chronobreak is Ekko's ultimate ability and allows him to travel back in time 4 seconds. Use it to dive in and out of fights or to get back to lane quickly after re-calling.

Now that we know more about Ekko's abilities and how to use them, we can talk about how to apply it in lane.

In every matchup, spacing is going to win or lose you the lane. Spacing between you and the enemy mid laner that is. Play conservatively when you're behind, and aggressively when you're ahead.

Playing from behind is actually quite simple. Use your Q from a distance to farm and continually push your wave into the enemy tower. Once your wave is pushed in, you can look to place wards around mid lane or gank other lanes. Try to keep your eyes peeled around the map for opportunities to roam as it's probably your best bet to get back into the game.

When you're ahead, you should constantly pressure the enemy mid laner with Parallel Convergence. Push the mid wave into the enemy tower, hide in a bush, use W, and chunk out your opponent. Rinse and repeat until you accumulate a CS lead or land a kill.

Have fun on the Rift!
Updates