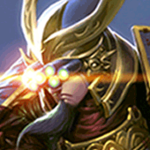 Hello everyone! My name is Vemboy and I'm a masters singed main. Over the years of playing singed I grew tired of laning against extreme bullies and decided not to lane at all! That's when I started trying to master a playstyle in which I did not have to lane, and here we are.

This is glaciel singed. A playstyle which is very difficult to pull off, so if you're not a good singed player, or are not convinced your macro is good enough to make an impact in the game while being so behind, please do not play this playstyle.

So, how to play it. There are a couple of core rules to playing the roam + glaciel combo. Firstly, you're going to want to roam as much as possible... obviously. Do not worry about being behind in CS to your laner, do not worry in being behind in XP to your laner, only worry about optimizing your roams and getting your team ahead! This is the main aspect of glaciel + roaming singed, snowballing your team. Secondly, RESPECT YOUR LANER! When you're playing glaciel singed not only will you behind in CS and XP, but you'll also be behind in strength compared to your laner because of your runes! 99% of the time you cannot trade with your laner, so try to ignore them as much as possible and focus on farming when in lane! The only time you'll be able to kill a laner is when you're receiving a gank, and this should be a success since your glaciel procs are very useful for not letting the enemy laner to run away. Thirdly, ALWAYS INVADE. When invading with this build at the start of the game, you can usually ghost on the first person you see and catch them with glaciel and fling getting first blood. Don't be shy about flashing either, your summoners have cooldowns, they don't go away forever! Remember, if you can give one of the players in your team (NOT THE SUPPORT) first blood, then you're already doing your job right. Fourthly, try to proxy when possible. Laning with glaciel is very difficult, especially against ranged champions, so you're going to be trying to proxy as much as possible. And! Don't be shy about invading the enemy jungle and taking camps, or trying to take scuttle, these are very good ways of making money and hurting the enemy jungle in the process! And finally, fifth. During the mid and late game, your entire job will be to catch people. Pressing ghost + R and W-ing the enemy is almost always a definite kill, you're turbo fast, use it to your advantage.

You're going to be wanting to buy Dark as a first item. The reasoning for this is that when you're invading and roaming you're going to be getting a lot of kills and assists and dark seal stacks are not only going to help you snowball but are going to make up for a lot of minions you've lost in lane. Your first back is hopefully going to be a corrupting, since with this playstyle you're very prone to running out of mana.

You're always going to be rushing rylies as fast as possible! not only is rylies a good item for singed in general, but it really compliments your roaming playstyle during the game as it allows for you to get kills easier when all the enemies are slowed. It also provides HP and AP stats which helps a lot in teamfights. Deadmans and Force of nature are essential items during the game as they not only provide resistances and HP, but they both have MS passives which turn you into a speed demon. If at least 2 of these items are already in your kit, catching enemies off when pressing ghost+R+W will become your main picking power.

All of these AP items are possible to build into your kit, apart from everfrost and hextech be careful when building these items if the enemy team has a lot of CC!

All of these items will be very comfortable to build. I personally love to either build Randuins, Ethema, and Abbysal, but when doing that I lack a mythic item. Build as you please! All of these items are situational, and you should be deciding which one to build in your specific game!

This is going to be your runepage. I'll be going over all the runes in depth below!

Glaciel - There are 2 reasons you're taking Glaciel Augment. First being that Glaciel really supports you getting early kills when invading and roaming, with the auto attack + fling combo most enemies will not be able to get away, even with flash! (after W). Secondly, this runepage specifically with inspiration and sorcery is the best runepage to roam with. So if the first reason does not compel you enough to go Glaciel, you can go Unsealed Spellbook instead!

Magical Footwear - Although it may seem a bit odd to go Magical footwear when roaming, it really is not. Magical footwear has 3 advantages. One being that it gives you a free 300 gold, something that's really important in this certain playstyle since you will be so behind in CS and XP while roaming. Second being that it gives you the +10 MS, which makes quite a difference when your entire build is based on MS. And thirdly, when roaming with singed you're going to be getting a lot of Kill Participation which allows you to get your boots much earlier on into the game! Instead of 12 minutes on average you will be getting them around the 9 minute mark.

Futures market - Futures market is really useful for your early backs. 99% of the time you're going to get a ruby crystal and a corrupting pot on your first back.

Nimbus cloak - Because you have Ghost and Flash in this build, Nimbus cloak is a must! Not only can you catch enemies very easily by pressing ghost, but you can also flash onto someone, auto them for a glaciel proc, then run them down while they're slowed and fling them. This is a very crucial combo that you will start getting used to with this build.

I want to give a HUGE shoutout to Phrxshn for helping me with mobafire and allowing me to borrow his images. If you want to check him out, he streams almost everyday, right here - https://www.twitch.tv/phrxshn

I also want to give a huge shoutout to everyone in the singed community, especially Fizz#6966 for showing an interest in my build and playstyle. Thank you all so much!

If you want to check me out, I might stream once a year right here - https://www.twitch.tv/gasmesinged

If you want to check out my OPGG, my username is gasmesinged (NA).