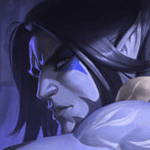 Can taunt you and is extremely tanky, his cc will lock you down and you won't be able to 1v1 him early or late

Hard CC, can 1v1 you and is a great early game champ.

Deals more damage than you and is much faster, has a heal and can't be slowed, he beats you HARD

The biggest problem when playing against Rek'sai is that her tremor sense will see you when you are invis.

Great CC, can taunt enemies and shield you

Great CC, can taunt enemies and shield you

By Neff1787
Intro
Shaco is probably the best counter jungler in the game, overall the use of his q to jump over walls and move unseen, his boxes being able to divert enemies and his clone being able to trick enemies not only makes him slippery as well as very annoying when he is in the enemy jungle, this guide will show you how to play him optimally.
Pros and Cons
Pros
-very fun to play
-high skill ceiling
-high damage early to mid game
-HUGE power-spike at levels 3 and 6
-infinite ganking potential
-High outplay potential
-very fast and healthy clear
-Doesn't require a leash
Cons
-Very hard to master
- pretty squishy
- hard to come back if behind
- mechanically difficult
- invades destroy his early clear


First Clear
Since the change to his boxes Shaco needs to place his boxes differently, the first box is just before the river next to raptors, place this box at 30-33 seconds but no later, this box is used to deter invades

the second box is placed at the back of raptors between 50-52 seconds but no later, the third on top of red and the fourth on raptors again. After getting level two jump over the wall with q and start red, saving smite for krugs

after doing red jump over the wall to krugs, place a box down and use smite, placing another box at the end to kill off the smaller krugs and getting level 3

After this either look for a gank, if none are available get wolves, blue and gromp, scuttle and look for a gank or back if none are available, get tiamat as soon as possible.
Early game
Look for early ganks as well as doing dragon early. You have to find a balance between counter-jungling and ganking as well as taking your own jungle, after building Tiamat you can clear much faster.
Mid game
After building Tiamat, Berserker's and the Warrior skirmisher's blade look to pressure one lane and have it push and get the first tower, contest the dragon and rift herald and look to take them early, at level 6 Shaco can easily solo dragon with the help of his clone.

try to snowball off of solo picks and ganking one lane over and over.

Late Game
Try to build up crit damage and possibly a bit of lethality, watch out as some supports and squishy adcs begin building more health and Armour making them harder picks.

Counter Jungling
Always try to invade the enemy jungle, if the enemy jungler is strong early, like Olaf be careful an try not to 1v1 them too early. look to invade early, if bottom is missing early they are probably starting on that side meaning that you can invade the opposite side.

When invading try jumping over walls and using your invis to get into a bush as to not be seen. place boxes to fear as the enemy jungler gets the buff low and auto/smite it.

you can do the same when trying to steal dragon by sending in your clone, fearing everyone and jumping over and smiting it.

If you kill smaller camps get the big one (mama raptor) and leave the rest alive.
Runes
We take Hail of Blades as it makes the first 3 attacks much faster than our others, allowing us to make optimal use of back-stab. If you activate Hail of Blades and then cast your ultimate your clone will have the increased attack speed on ALL of their autos, as the clone copies your stats right as you spawn it.

Eyeball Collection is again standard for most assassins

Relentless hunter helps us move around faster during all stages of the game. Legend:Alacrity is the best for assassins as it provides increased attack speed and Coup de Grace is great for shaco, even stacking with his shiv damage on targets that are low health.

This Rune Page is meant for a Tiamat rush, you can get the Tiamat on your first back if you're efficient with your health and mana or you get a kill, Approach velocity is for the increased MS in the river.