League of Legends (LoL) Question: How To Lane Against: Irelia?

Irelia's power curve and power spikes. Her early game isn't amazing (which is why lane bullies and strong early game champions like

Renekton do well against her), but she ramps up in power as she gains levels, spiking in the mid game (~ level 9) as she completes

Trinity Force. Assuming she doesn't get incredibly fed at this stage, her late game can be quite tricky against teams with good peel as it'll be difficult for her to reach and eliminate the enemy ADC in teamfights unless (s)he's out of position. Plenty of other top laners have an easier time being useful for their team than her at this point, to be honest.

Anyway, since the laning phase ends somewhere during the mid game, her lane is basically divided into 2 stages, with each of them having a general goal/mindset (can be different in specific matchups):
Stage 1: Survive / stay even and gather gold for the items that give

Your goal is to pressure her during stage 1 to delay the start of stage 2 for as long as possible.

How you do that is pretty dependent on who you're playing though; ranged champions have an easier time keeping up the pressure on her early on but are also squishier, which makes them susceptible to being stunned and bursted after

Irelia dashes to a low HP minion with

Irelia is quite good against these type of champions (as long as she doesn't die early on). Tank champions usually have an easier time dealing with

Irelia's damage through correct itemisation (even after she hits her power spike) but won't have an easy time setting her behind in farm and as such will rely more on the outcome of teamfights. I really can't give you much more specific info than that, it's just something to keep in mind.

Irelia's play patterns / combos and recognise windows of opportunity within trades. This (again) ties in with what Psiguard already mentioned: don't stand near low health minions which she can use

Bladesurge on to initiate a fight, be aware of your HP vs her HP (aka will

Equilibrium Strike stun you or not), don't needlessly trade while her

Hiten Style is up (instead, abuse the 9 second gap between her W duration (6s) running out and her W being back off cooldown again (15s)), etc.

tl;dr - to beat your enemy, you must first know your enemy

If all else fails, ask your jungler for help (the earlier, the better).
2

PsiGuard (1495) | May 11, 2015 7:04am
Make sure you get out of base quickly and use your ward at lvl 1. You should be able to avoid cheesy level one aggression. Also I highly recommend taking

I know you said you weren't asking about champion picks, but you should know that Irelia is pretty strong against most ranged laners because of her mobility. I don't really think Azir is a great top laner in general but you'll probably have more trouble against the likes of Irelia than just about anyone else, unfortunately.

Be really attentive to the minions that she can

Bladesurge to. If you stand too close to one of your low hp minions, you enable her to trade without wasting a cooldown. Put a soldier near your dying minions so you can autoattack her when she Qs in for a last-hit. The only way you win this lane is by harassing whenever Irelia goes for a CS.

Keep in mind that after level 6 she can use

Transcendent Blades to weaken your ranged minions enough for her Q to reset. Back off if she starts ulting your wave and looks like she might play aggressively.

If she gets strong enough to fight you, you'll just have to try to farm under tower and scale into team fights. You should be fairly safe against dives with your ult. If she flashes over it, go back through your ult (or Flash if you need to) to keep her running around your tower. If you become too vulnerable to farm in lane, Azir can kite jungle monsters pretty effectively, so on Red side you can clear Krugs.
0

Armsel | June 9, 2015 10:06am
Hello. I main Azir and I'm currently S+ at the Philippine servers. Azir is not a viable top lane champion. Most of the Irelias tend to build tanky at early game. You can counter her by just having enough vision on lane.
Top lane Irelias usually bully on lane, even on level 1, I would pick Jax to counter her most of the time, and don't build Jax's **** S5 build. I main him since release until s4.

By using Jax against an Irelia, you should do the following:

1. Prioritize creep score early on, this will help you get ahead of her.
2. Get your Jax E on level 1! This HEAVILY reduces her dueling potential at lane!
3. Get your Jax W on level 2! Keep doing this and max it first!
4. Rush sheen or phage and try to get trinity force as early as possible!
5. Never duel her until level 6. This is the time that you unleash your inner beast!
6. My best build versus a ranked game Irelia as Jax:
triforce, bloodthirst, phantomdancer, gunblade/rabadon, last whisper, boots (the one that has attack speed) :P

Trust me on this, I play since beta and I've never seen an Irelia at ranked that can beat my Jax.

*Azir build*
Your azir build is actually bad. If you ask me.
Your build should look like this:

1. Rush your nashors tooth as early as possible! your first item upon recalling should be Stinger.
2. Buy Morellonomicon.
3. Rylai
4. Rabadon
5. Pick another Item with good defensive stats, I usually go for my Zhonya's hourglass late game :)
6. Boots is: boots of (I forgot the name again, just the boots with the attack speed).
-2 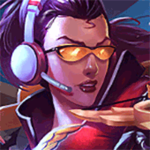 hagit213 (1) | May 30, 2015 7:32am
Dont try to fight her near minions that are low cause she will use that bladesurge so she can use it twice try to freeze your lane if you pushed her to her tower do a jungle camp cause if she engages on you and your near her tower its game over cause the lower the health she has than you you will be stunned ask your jungler if you can camp top but remeber never tower dive an irelia cause that is her element when near tower at low health. this is why i got wrecked by an irelia at top
-3