League of Legends (LoL) Question: Rod of Ages vs Archangel's Staff on Azir 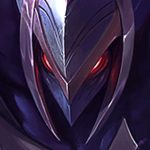 xXSir TibberzXx | October 4, 2014 11:32pm
I dont realy spam Soldiers on Azir early game, I only put 1 when my enemy is about to farm and use my 1st and 3rd skill when someone ganks me

so my suggestion is ROA over Archangel's staff, but i dont build ROA on Azir


but instead, this is what i Build

Why? You may ask. Well that simple fact is that

Azir has a rather outstanding early game, and rushing CDR/Mana sustain items like

Athene's Unholy Grail, lead to far easier use of his abilities, especially come mid game. Getting 20% CDR from these items, and using blue buff (Or simply getting CDR boots to cap out with the 5% from masteries, cause your jungler is a selfish prick) is a major power spike for

His abilities do not have that massive of a cost late game in my opinion, but he does kind of spam them. Meaning the items you suggest may be a good investment for a late game focused

Azir, in which case, I'd recommend

Rod of Ages highly over

Seraph's Embrace. This is simply because moar health with your AP and mana is extremely helpful to his gameplay patterns (He's semi suicidal with his E, and that scales on health anyway).


So yea. I don't think either are amazing, but to answer the question, definitely RoA.

On a side note. I don't think

Nashor's Tooth is good on

Azir either. Let the flaming commence.

so after you build those two, i suggest you should buid up on Mana sustain and AP damage


P.S.
Nashor's Tooh is good on azir, because it has all that he needs(Attack Speed, AP and CDr for even more attack spped)

but it depends on you

you can focus more on Him becoming more of a Burst champ by ignoring his CDR passive and go strait to rabbadons, Zhonyas and Rylai's items
0

Charlie10289 (1) | October 1, 2014 8:09pm
I say if you are spamming hard to need mana dont go Arch go Grail, and stop spamming so hard frequently early game. Early game is for farming with aa so try to get to know the early aa damage so you can 1 hit

I Agree ROA but I dont build it in mid I only build ROA when i'm top.

Reguarding to Nashors I think it depends what you want to do during the game. If you wanna push towers I go for nashors, but there are games when you already have a great split pusher and the team needs you in the fights then I just substitute with what ever is needed.
0

Azir also directly gains attack speed from this for his soldiers so it's extra efficient on him.

I haven't tested RoA too much, but it seems to be a solid pickup in case you're top lane or whenever your team needs more of a front line. Also your E scales with bonus health, which is a nice bonus. Riot also advocates

Ionian Boots of Lucidity in combination with RoA but I would refrain from doing so as they provide very little damage output.

Regarding Archangel's. Before you bring this up, you need to understand what AA actually is, what it does, and why it's built so little. First of all, it grants an extreme amount of mana, so unless you (in)directly scale off mana, it's not a great idea to invest gold into that. Secondly, the item itself grants about 120 ap if not backed up by another mana item such as RoA. The shield is alright but

Zhonya's Hourglass is a much better defensive item so there's really no reason to pick it up. On top of that, AA is a big late-game item, the tear marks a late-game oriented build. Look at

Karthus; he typically opens with Catalyst and Tear: 0 AP, 0 CDR.

Azir isn't a late-game monster. While his late is definitely strong, it's nothing to rely on; he isn't Kassadin, Karthus, or TF.

tl;dr AA is a niche item that's typically bought on late-game monsters who have some sort of mana scaling; be it direct or indirect.

I considered Nashor's, and while the efficiency is great and all, you'll be wasting gold on that passive, which sort of contradicts the whole idea. His soldiers don't proc it, making it a fairly pointless buy. Grail provides much more useful stats next to the CDR and AP, and Nomicon offers more damage and ability to do something against enemies like Mundo. Both also provide mana regeneration, and whereas

Azir has no mana issues by any means, picking up some isn't a luxury.

Azir was given the passive so he didn't need to buy attack speed to make himself useful, which is why I cannot wrap my mind around the fact that they are the ones who recommend Nashor's.
0

RottedApples (57) | September 20, 2014 8:23am
Personally i would say Roa almost hands down because his shield thing on e scales with bonus hp and he really wants to jump in pretty far to disrupt what the enemy is doing, possibly even dive onto the back line if he gets the opportunity. Archangels is probably not bad but i think roa is better here.
The way his ult works means he may jump in pretty far to move people everywhere.

You may be able to get away with both depending on the situation but i'm not sure.
#bronzeanalysis
Loading Comments...
Load More Comments