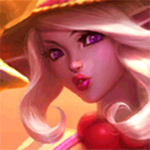 by billyw493 on May 16, 2021
+Rep | Report
Hi all, This is an official notice. I have moved the Official Soraka Mains Community guide over to a new account that is shared with all the soraka mains in the soraka mains discord so that way all the guide helpers can assist in updating the guide as a group rather than just pinging me to add something to the guide as it has been for the last few months since this guide's birth. You can find the new and recent iteration of this guide here:

I hope you all have a wonderful day and I love you al <3. See you in the new guide! 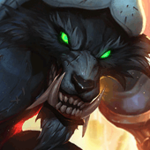 by LegendaryEntity on April 24, 2021
+Rep | Report
Being a jungle main one thing comes to notice that is solo laners including bot lane feeds a lot then just simply blames it on the jungler who works so hard to not only gank but counter gank and get ahead of the en jungler along with prioritizing objectives. All these combined and worked out efficiently is certainly not easy. So please take it as a food for thought and stop blaming your jungler and pay him some respect! Thank you1 :)

All guides mention above are top of the line in their craft to be able to properly and successfully teach any new and experienced player to optimize their play efficiently. Want to learn a new champ or new roles. Consider checking out these guides!

I've finally done it! After a few days of commitment to my goal, I have reached mastery 7 on my second champion ever, Lee Sin!

Kind of sad to think that it took over a year to get more than one mastery 7 but that is how it is.

Hear me out, Xin Zhao Mid.

by EvoNinja7 on April 06, 2021
+Rep | Report
So I've surveyed the vast cosmos of league content and have found sort of a 'gold spot' in the meta. What I mean by that is a type of champion that will do well in the meta in most lanes against every matchup. In the mid lane, I've seen lee-sin do well, since he is a great 1v1 melee champion but can also heavily cripple a mages health with his Q and dash. Another example is Nocturne, who can Q onto someone and use his E for the gap closer, not to mention his ultimate, which he can basically lock onto anyone and probably get the kill. The more prevalent meta picks like Lee and Noc are Yasuo and Yone, because they have very nice gap closing abilities and scale really well.

I don't want to say he's op, but he's definitely something.
His W does a lot of damage and slows AND marks the enemy, which extends his E range. His E is a dash that gets extended by his W and gives him extra attack speed which can help…

Thinking about getting back into league after some time off. Played a number of ARAM games to get my mechanics back.

by Sovereign Kitten on March 22, 2021
+Rep | Report
Teemo is one of those champions that take the most skill out of anyone in this game.

Firstly, he's very powerful in the early laning phase due to high damage potential and high tactic. However, he's also very limited in that he'll still have trouble fighting nearly every other opponent in the game, which is why Teemo should be respected, and worshipped for not being a flashy 12-15 year old appeasing champ with True Damage, CC, Dashes & Sustain.

He's not a Darius or a Katarina that will get fed and absolutely stomp with no weaknesses in sight. If Teemo gets fed, he still has to play smart and strategize to win, he'll just have an easier time with his (R) and his (Q), but he can't just press (R) in the middle of the teamfight and 1v5 like half the champs in this game and then get away with his forty dashes, invulnerability, CC and bright flashy lights (Which he doesn't have).

Teemo needs to strategize, no matter how powerful he gets. He needs to place his mushrooms with thought. He ne…

by SopTop on March 11, 2021
+Rep | Report
Unfortunately, I won't be working at all on my Ezreal guide that I'm cookin up this weekend, as it is my birthday tomorrow, and I don't really want to be working on the guide during my birthday weekend. Hope you understand. Ezreal guide will still be out by the end of this month. Some other news is that I am also working on greatly boosting up the visual appearance of my Lethality Garen guide, which probably won't be released until around mid April. I am also currently trying to gain more of a recognition in the MOBAFire community, so if you like my guides, and wouldn't mind sharing them with a friend, then it would be appreciated. 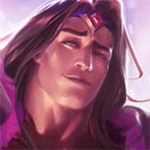 by Kefochka on March 11, 2021
+Rep | Report
I decided to come up with RPG skills for Tariq, if there is a game in the League of Legends world.

by Sleepininthegarden on March 10, 2021
+Rep | Report
I've created a third guide that is exclusive to SmiteFire. If you play Smite, feel free to check out the guide: https://www.smitefire.com/smite/guide/the-fairest-of-all-mid-guide-23229


I'm still planning to produce my third and final guide on Mobafire still set to be released sometime in 2021. The set date is August 2021 at the very latest.