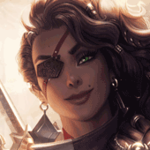 By DoublefeedOP
Introduction
Table of Contents

Keep in mind that this is for BOTTOM lane. Now let's begin.

Ashe is a champion that is very versatile in nature. There are many ways to go about playing

Ashe but I personally prefer starting

Doran's Blade in a majority of matchups. During the start, you're going to want to go ahead and 5 point / leash your jungler. In high elo, it's preferable that you just go to lane and the jungler does a leashless clear but it's fine if not. If he doesn't want a leash then you have a few options...
1. Go walk up to the minion wave before it crashes and make them all attack you. Then hide in the bush and watch them kill the first minion on your side. This secures level 2 because they lose a minions worth of xp but be careful if they cheese you because most high elo bot lanes will know about this strategy
2. Cheese them in a bush
3. Try to secure vision and steal pressure by pressuring their bot lane during leash. Only done if you can overwhelmingly beat the enemy AKA if you're against something like a

Thank you for reading my guide! This is all a WIP as the season progresses I will be sure to update this guide. Thank you and I hope I helped you win your next League of Legends game on your climb to Challenger! I'm really excited to have the opportunity to take my knowledge and put it on a platform that other newer players can further their gameplay with.

Ashe has always been a champion I play from time to time and I hope I can inspire more people to play her!

Feel free to check out my Twitch and stop by to chat anytime!

[11.1] THE ULTIMATE S11 GRANDMASTER Ashe Guide! FOR ADC+SUPP
By DoublefeedOP

Ashes to Ashes
By jhoijhoi

The Royal Machine Gun of Death and Destruction
By Disturbedkilla