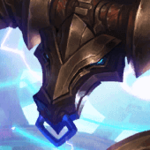 By pakeha
General Playstyle
AP-Tank Gragas to me feels like an AP version of Sion, able to dish out damage while also being hard to kill even in 2021 stupid high damage league of legends.

Early laning
Against early game melee champs start e, use e to get first CS and stun at the same time.
Ranged matchups usually start q. Some matchups are chill early so you can just start W to spam more for heals.
In matchups where you'll need to run away (Darius, Gwen, Irelia etc.) and take phase rush you need to take W third to make sure you can proc quickly.

Can use up mana to force early back and reset for tear, ok to TP for tear reset if needed. Then just play for lost chapter, after this its hard to die in lane if you just stick to short trades and abuse passive. Melee matchups become much easier after everfrost so try not to play too aggressive before this spike.

Teamfights
Peeling your carries is the main focus, but keep an eye out for opporunities to flash engage on mispositioned enemy carries. You can become a wall that's impossible to get past, and unlike some tanks like Sion, Ornn etc. Gragas' CC is much more reliable, and explosive.

Items
Boots - Pretty much any boot can be good in the right game. Lucidity nice for flash CDR but tends to end up being overkill on CDR quite early on (not gold efficient), although hitting 100+ ability haste on Gragas is still a very nice feeling being able to spam Es, especially if you are playing front to back and focusing on peel.

Every game go Everfrost>Fimbulwinter. There aren't many toplane matchups that Gragas can truly abuse (he is more of a neutralising lane pick against champs that suffer from body slam)and tends to need a bit of time to scale before his damage and cooldowns are at a level to trade well. However, there aren't really many matchups that can properly abuse Gragas if you play the lane smart and sufficiently safe. If you do find yourself in a position to snowball then an early dark seal into mejais if you hit 10 stacks and are doing well is always a good choice as the movement speed and damage are extremely good stats for Gragas, and its harder to give up stacks when you are going for a tankier build.

You can still do a lot of damage with this build if you opt into one or two damage items. Every stat given by Cosmic drive is perfect for Gragas (movement speed, health, ability haste, AP), and with your inherent tankiness you are able to utilise the passive by staying in extended fights as long as possible. Any champ that is able to incorporate zhonya into its build should do so often as the active is simply too strong to give up in a lot of games (perfect for buying time for your cooldowns or stopping yourself from getting bursted after you've hard engaged) and increases your damage nicely as well. If you have another AP on your team and are against enough AP as well then abyssal is borderline a damage item, its impressive how much this item can offer offensively in the right situation. Other AP items listed are worth considering but more situational and unless you are very fed I would tend towards tank items after 2 AP items.

Any tank item is viable and completely comes down to the enemy's main threats and what compliments your team the most. A great enemy comp for disruptor Grag has mostly AP and you can abuse abyssal/force of nature as well.

Grasp
Good in tank matchups where you can proc it a lot, generally strong early rune so can improve your laning quite a lot although in a lot of lane matchups phase rush will be more helpful. Has been popular on tank Gragas in the past but since they nerfed his base damages its not really used. I think with the new tank items it's pretty viable again in good situations.

Literally any of the resolve tree runes are viable. Demolish usually pays off one way or another, but font of life can have notable teamfight impact. Shieldbash with revitalize/overgrowth and a more shield oriented build can work. Second wind is sometimes important, bone plating I find quite overrated in general but in some matchups (Sett, Trundle etc.) where they can't proc it without committing it's pretty nice. Unflinching is self-explanatory.

Phase Rush
Some matchups you just need phase rush or you're dead/heavily chunked if you get caught out (Darius, Sett, Aatrox, Gwen, Irelia etc.). Worth considering other keystones more in ranged matchups where PR is hard to proc.

Run the same exact runes every time if you're going phase rush with inspiration.

Some games the resolve runes can have crazy value and it feels bad to miss them out. Situational reasons for each rune explained in grasp page but in particular I'd consider second wind in matchups like Vayne, Quinn, Akshan etc. and conditioning/overgrowth for strong scaling. Usually you can go without second wind thanks to Gragas passive.

Glacial Augment
Limited value in lane, slow is still useable as a pseudo-PR but it is outright worse as you have to land E for it to work.

Late game this rune can do a lot of work. You can run manaflow/gathering storm as well secondary tree if you need to be more damage oriented.