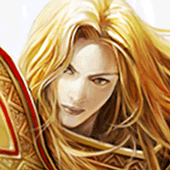 By N8ight
Who am I?
Hi.
My friends call me Liam.
I started playing league in the middle of season 9. Yeah, I'm still new to this game and learning.
The first champion I got was

Ahri (I'm a fan of naruto so obviously the nine tail cute girl was my choice). I bought

Nocturne 1 week after. I saw his Ultimate skill. It instantly killed the enemy in the preview so I thought "WOOOW THAT'S AWWWSOME". Well, it didn't killed my enemies instantly :\ I wasn't disappointed though. I liked and like him a lot as my first favorite champion in League. I played him on every role (even sup and adc (low elo :/), I could make it work)and tried all kind of items on him. My favorite roles with him are Jungle and Mid because I can get the most out of his Ultimate.

Use different runes and different Items dependent on the Enemy champs. It's very Important because your main damage source is from basic attacks. Nocturne is an easy champion but you should have enough information about Runes and Items and ACT SITUATIONAL to be the most useful. Remember to help your teammates as much as possible. It's what I learnt from having awesome KDAs and still losing. You can't Win ALONE. You can't always go with on the same way. BE DIFFERENT :)
THANK YOU FOR YOUR TIME AND PATIENCE ^_^