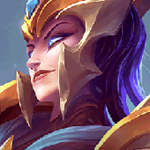 Dodge his 1st skill using Rappel then you are good to go!

He is difficult to deal with because of his tankiness. be sure to dodge his silence to avoid his combo

easiest champ I dealt with, she's so squishy that you can combo her completely

You are the better Elise, remember that!

Hello, I'm Misaka.Cenicel a Diamond player on PH. For couple of months I have been playing Elise non-stop. I fell in love with her because of her unique skills and because she is a spider. This is my first guide so if there is anything that seems to be wrong or if you have better ideas please share it with us.

My main role is a support, so maybe that's why whenever I got extra gold I always buy wards/visions. Buy a ward, save a life. That's my motto:).
Runes

For my Quints, I use

Greater Quintessence of Ability Power x3. This will give Elise a fair amount of ap. For my Seals I use

Greater Seal of Armor x9 . For Marks I use

Skittering Frenzy. Since you will be getting

Locket of the Iron Solari, you can disregard Magic Resist runes and put your Glyphs to good use :)) by getting

Greater Glyph of Ability Power x9. But if you feel you needed some magic resist because of the enemies line up, change your glyphs to MR.

Because of the New Masteries this PreSeason, I will be experimenting builds so for now this will do:)
Items

Always have enough gold to upgrade your

Stalker's Blade on your first recall, if possible get also

Boots. On your second recall, get 800 gold for a

Vision Ward for extra vision on the map. you can put it on the river bush, near red buff's bush or inside the dragon pit. after that I rush

Locket of the Iron Solari. Then I get

Banshee's Veil for extra HP and Magic resist. For my last item, It depends on the enemy composition of champions.
Pros / Cons

Pros:
* has level 3 gank potential
* 2 seconds stun (wow)
* She can transform to a spider:)
* Works well against blitz, ( because of her spiderlings)

The Art of Farming w Ganking

Ancient Krug , let your teammates help you, smite it instantly to cooldown your smite then proceed to

Red Brambleback (use 1 potion). And then get the

Raptors , smite the big one (

Stealth Ward. After getting to level 3 you are ready to gank (or you can get the

Rift Scuttler in the river its up to you). I always gank mid if the enemy mid laner extends too much you can gank him. Be in your

Rappel then latch on the enemy mid laner then use

Venomous Bite to quickly get near him. if he decides to

Flash away, instantly go to your

Human Form to use

Cocoon. Your reaction time should be fast enough to caught him off guard and stun him. Let your mid laner take the kill if you think that there is no way that the enemy mid laner can get away. This will ensure your carries will get stronger.

If you can't gank mid after getting the

Rift Scuttler to gain the vision and gold of course then gank bot if there is an opportunity. If there is none go back to upgrade your

Hunter's Talisman to second level and buy boots if you still have gold your can buy a pink ward. After that you can now proceed to your blue buff side to farm. Smite Mr.

Gromp to get the poison buff then get the

Blue Sentinel afterwards. After that you can now ready to gank. I usually gank top after doing blue because it is closer to where you are farming. Mid lane is also a good choice if you can land a kill. After getting some kills and assists, I usually recall and buy a

Sightstone. ( I always buy a

Sightstone before upgrading my stalker's blade because I need the vision that it will give and the hp).