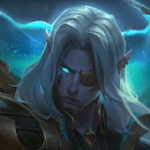 Blade of the Ruined King
Your choice

Everything that can easily go to your jungle and counter you and take camps is your biggest enemy.

Go into his jungle, hes squishy and easy to kill, sometimes hes not doing his camps and hes going for ganks so make sure to make his camps while he ganks midlane.

Champs with CC are your best friends, gives you more kill potential and you will have better ganks

Champs with CC are your best friends, gives you more kill potential and you will have better ganks

By ziolo to noob
About me.
Hi, Im ziolo to noob. I'm playing since season 3. I started playing for fun, then i had many breakes, but in season 9 I started to play better and I am climbing better ranks. Im maining yasuo. Darius was my main since season 4-5 when you had no heal with Q and it was spinning instantly and E was giving passive. Good old times. Darius jungle is really good at ganking and doing krugs or raptors that give him easy 3 level and instant gank potential.

Pros/Cons
Pros:
Good clear on red side
Good ganks
Really hard to kill at early game
Unstoppable when he is snowballing

Cons:
Easy to counter jungle
Easy to reach and chase him before botrk
Bad clear on blue side

You shine in early game. Make sure to gank all the time and take kills if its possible. If youre getting snowballed, it means you will have free win in midgame.

If you dont snowball or you wont get kills in early game it means you can lose this game because you wont do anything. It can always change after botrk.

If youre snowballing, just go and make sure to bait and fight in every team fight. You kill everyone. After that make sure to push mid or other lanes to win in midgame.

You need to win in midgame, because lategame can always change and you can lose in midgame because of your bad late game.

If youre not snowballing, after botrk you can easily get kills by chasing low health targets or killing solo targets with your dmg and lifesteal from botrk.

Worst time. Dont even fight without a team or youre dead. Botrk is not as op in lategame but it still gives you much power to kill and do something in teamfights. Make sure to focus one target for example tank and stack your hemorrhage and then flash and kill their backline on teamfights.

If you have option to push or do baron, make sure to push. Nothing is better to push because you can always lose this one teamfight because you can get focused and killed. Be sure to end it in midgame or late game as fast as possible.

Twitch
Vote Vote
Pull, slow and kill - Darius 9.16 JUNGLE
About me.
Pros/Cons
How to play Darius jungle?
Thanks for reading.
Changes in guide