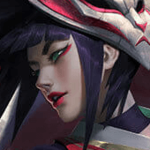 vs Ranged who can kite

Blade of the Ruined King
3rd and 4th Items

By Hop3ee
Hey, I'm Hope. I've been playing league since the beginning of S10, and have put over a few hundred hours into the game at this point. Since the beginning of my time with this game, I have had an uncanny ability to pick up and understand champions really quickly, so I thought why not write a guide using that ability. I'd like to apologize in advance for any code-based issues with the guide, please let me know if there is an issue in the comments below. This guide is being updated constantly with new builds and tips that I learn, so if you know something that I may not, please don't hesitate to let me know so I can make this as conclusive as possible

Viego is the brand new champ who was introduced in Patch 11.2, and from the moment I picked him up I fell in love with him. His passive and the passive on his

So lets move onto the guide.

Blade of the Ruined King - AA -

Viego. It works by utilizing the bonus AA from

Blade of the Ruined King's passive as much as possible, weaving AAs between each ability.

Blade of the Ruined King - AA -

Heartbreaker - AA | Is the same combo as before, but allows you to close the gap with

Flash and engage with your

Spectral Maw immediately. Using W before you flash allows you to hold it until you get the maximum stun time and distance before you even get in range.

Here is an example of the combo at full build, into a target with 100 Armor and MR

Heartbreaker | Utilizes the fact that the dash on

Spectral Maw is always at max range, regardless of how much you charge it. This allows you to travel the furthest distance possible in the shortest space of time to use

Heartbreaker to finish a kill.

Viego's early game is one of his weakest points, while he has a great clear, he isn't the best at dueling at this point in the game. To make up for your lack of duel capability in the beginning, you need to hyper farm to 6 and get

Noonquiver, at which point you will be able to fight people 1v1 and clear much better.

For his clear, you want to start at

blue sentinel regardless of what side you are on, then you go to

greater murk wolf . Once you have finished clearing the blue side, you go to

red brambleback . Once you have double buffs you go straight to

rift scuttler and try to avoid getting into a fight with the enemy jungler over scuttle, make sure to also use your smite on the scuttle so you can gain get back the hp lost before. Then you go to

raptor 's to finish the clear. Use your smite on either the

raptor 's if your hp gets low.

From this point you want to repeat the clear again, starting at

gromp and following the same path. By this point, you should have enough gold to back and buy

Noonquiver and should be level 6. At this point, you should now be able to duel with people and make successful ganks. Now you want to gank where possible to secure kills for your team, and keep farming until you can afford

Viego's main goal in mid-game is to focus on both ganking lanes until laning phase is over, and also focusing hard on getting the objectives. At this point you should be scaling quite quickly, getting kills, and farming up. Once you have your 3 core items you should now be able to duel most people. At this point, you need to try and help your team to scale up with you as much as possible, or if you think you are comfortable enough with the champ, you can focus on hyper scaling yourself in order to 1v9 the enemy team, this does, however, leave you vulnerable in the late game, as the rest of your team will be quite far behind you in levels and items, and if you aren't able to keep up your carry, then it is quite easy to lose (this is where building a

By late game, you should be nearing the point of buying your 5th item, which you need to buy based on how the game is going, which we discussed earlier in the guide. Now you need to focus on getting the dragon soul, as it will provide a huge tactical advantage to whichever team acquires it. When coming into late game teamfights you want to focus on trying to get a pick on someone who is out of position, if it's possible to save your

Heartbreaker and still get the kill, then avoid using it, as you want to use your

Heartbreaker to hit as many people as you can in the team. The ability to use

Heartbreaker again after you get a kill and become the enemy champion is extremely powerful, as you can chain it to execute multiple members of the team which if done right, could secure you an objective or even the win.

Getting elder drake is a priority for any team, but when combined with

Heartbreaker allows you to execute squishier enemies in one short combo, and tankier champions in a much shorter time than usual.

So here's the conclusion of the guide, I hope that at least something I have said here will be of any use to you, and if you have any suggestions regarding the guide then feel free to leave a comment below. This is my first ever guide so I apologize for any mistakes I might have made, and will fix them when I get the chance. I doubt this guide will be viable for super long as rito will undoubtedly nerf my boi into the ground, but for now, let's enjoy him while we can :)

Thanks for reading the guide, and if you want to support me then Subscribe to me on YouTube - www.youtube.com/channel/UCe4DyFU_Fuf1kpqNLc9ErNg
And on follow me on Twitch - www.twitch.tv/rmx_hope

Best of luck in your games :)