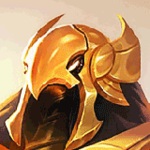 Call of the Freljord

my name is Peacetoletov and this is my Kassadin + Nunu duo gold funneling guide. I've been fascinated by the gold funneling strategy and decided not to give up on it after the nerfs in 8.13 and mainly 8.14. Even though the nerfs seemed very harsh, it didn't end up impacting the strategy nearly as much as everyone thought. But for some reason, nobody expect me plays it. And that's why I decided to write this guide.

I personally believe that this strategy is overpowered and my stats prove that. I don't usually play ranked but I knew I would have to get some proof that this strategy works, so I decided to play a few ranked games. I'm currently gold 1 so take this with a grain of salt, but I believe this should work in higher elo as well. I have around 80% win rate in duo queue with this strategy. Proof.

Even though I'm gold 1, I think my skills are more around high platinum or low diamond (I was diamond in season 4). But I know I'm not the best player and I make mistakes. A few of the losses I have could have been prevented, hadn't I made said mistakes.

So even if this strategy doesn't work in high elo (which I doubt), you can call this a boosting strategy or whatever.

Why should you play this?

There are many reasons why I play it. Some points are personal:

1. I find it fun to come up with original strategies and try to break the meta.
2. Unlike most people, I like playing gold funneling strategies.
3. People will react to it in chat. My favorite was a Gangplank who said that we're "abusing the game system and will get banned soon".

Other reasons should be convincing to the majority of players:

1. As the Kassadin player, you have more power (and also responsibility) than with any other way of playing the game. If you play it correctly, you will always get fed. You will always be at least 2 levels ahead of everyone else, more likely 3 or 4. You will always finish your build at around 27 minute mark.
2. This strategy has a very high skill ceiling and you will always have room to improve.
3. Even if you don't execute it perfectly and sometimes make a mistake, you will still win over 50% of the games.
4. You will feel like a freaking raid boss when you are level 18 with full build at the 25th minute mark.

Whenever you play a gold funneling strategy, you should have a reason for the specific champions you play. In the past, we have seen Taric + Yi, Karthus + Nunu, Kaisa + Braum and many others. All of these duos aim for specific synergies.

Generally, you want to have a support and a hyper carry. I personally have no idea why we didn't see any funneled Kassadins, but it has been working out extremely well for me and I'll explain why I chose this duo.

Kassadin is undoubtedly the strongest late game assassin. With 40% cooldown reduction, you have 1.2 second cooldown on your

Riftwalk. Granted, you can only use it a few times before you run out of mana, but it allows you to punish your enemies even for very minor positioning mistakes.

With this amount of mobility, you are basically unkillable unless you make a mistake. I often end the game with 0 deaths. This is also why I buy

Mejai's Soulstealer in every game.

When you are funneled, you get to your late game spikes that much faster. 200 minion kills in 15 minutes? No problem. Full build 27 minutes into the game? That's called a standard. It's not uncommon to come to a full health support and an adc,

Riftwalk onto the adc, killing it, then

A fed Kassadin can easily carry 4v5, maybe even 3v5.

Unlike with Kassadin, I can't say very many fancy stuff with Nunu. He only serves one purpose. Get Kassadin fed.

Nunu is absolutely useless in teamfights. He can tank some damage and use his active items, but that's about it. Nunu's strength lies in his

Consume. It allows him to clear jungle very fast and tank the jungle monsters without dropping too low on HP.

Blood Boil is nice but nothing extraordinary. And his

Absolute Zero are nothing but a slow.

Because of this, Nunu shouldn't overextend too much in teamfights, as he wouldn't do anything anyway. That's why it's better to take

That being said, Kassadin can easily carry 4v5, so we can afford to have a useless champion if it means getting Kassadin fed.

In the early game, the duo should always stay together and only split when necessary (warding). They rotate between jungle and mid. The hypercarry takes everything, while the support gets nothing but cannons and a few other minions through relic shield.

After 8.14, it's absolutely necessary to farm until the hypercarry gets 2300 gold to afford the enchantment

Stalker's Blade - Runic Echoes on the jungle item. Before you get that, you will get 10 less gold for each minion.

I always start with blue buff. It's important to get a good leash, even though you have 2 people jungling. None of you smite blue. After you get blue, quickly take wolves. Nunu smites.

Then it depends on the situation. If the mid laner isn't pushing much, go for red, Kassadin smiting, then go mid. Otherwise, just go mid, collect the waves (including the cannon) and then continue.

Check if the scuttle near your red is alive. If it is, take it. After that, take your red if you haven't already.

At this point, I can't give you specific routes as it all becomes dependant on how the enemy mid lanes pushes. Generally, you don't want to miss too much and never miss a cannon.

Even though Krugs are miles away from mid, they're by far the most valuable jungle camp in the game - they're worth 160g. For comparison, blue or red are worth 100g. Consider going for Krugs even if it means missing a few lane minions.

Don't be afraid to lose your first mid tower. It will happen sooner or later so don't try to save it at all costs. If the enemy mid laner destroys it, then they'll have to overextend much more if they want to contunie pushing, and they are usually an easy kill.

If you're against a ranged mid laner who can punish you for getting too close to minions (LeBlanc, Brand), use Minion Dematerializer to secure cannons from distance.

Your goal with the Kassadin runes is to maximize his damage output.

Your goal with the Nunu runes is to maximize his survivability and provide as much help for Kassadin as possible.

Smite for Kassadin are both self explanatory and you don't have other choices.

For Nunu, you have more choices. I recommend taking

Smite. Because of the way you should play support Nunu in teamfights (keep your

Blood Boil on Kassadin, stay back,

Ice Blast anyone who wants to engage,

Absolute Zero to zone enemies out), you actually don't need

Flash. That's why you can afford taking a spell that can keep Kassadin alive.

Exhaust is the best option for that. You could also consider

Heal. Because your job as Nunu is to help Kassadin farm as much as possible,

Smite is a very good choice for doing just that.


Unlike Kassadin, Nunu doesn't have any "spare gold" items, so just start working towards your next item.

Knight's Vow, the items and their purchase order is up to you. You'll be fine if you buy any support or tank item. Don't waste early gold on upgrading boots. Use the list below as an inspiration.

The rest of the build

Kassadin + Nunu gold funneling strategy is in my opinion a very fun off-meta style of playing the game. It has an extremely high skill ceiling and you will win most of your games if executed correctly. It gives you a lot of power and responsibility and is perfect for people who are confident in themselves.

There is still a lot of room to explore, as I'm probably the only one playing this combo. All the recommended runes and items come from my personal experience. Nothing I wrote here is set in stone and you should feel free to experiment.

This strategy requires 2 people and my friends aren't always online, so if you play on EUNE, are around platinum in solo queue and want to play this with me, add me: Peacetoletov