It is in motion - Beginner in-depth Malzahar guide [11.1] 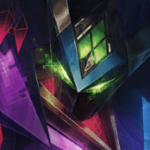 Call of the Void

It is in motion - Beginner in-depth Malzahar guide [11.1]

By TygoVe
Introduction
Hi everyone! My name is TygoVe, and this is my guide on playing Malzahar, The Prophet Of The Void. This is my first guide on this site, so please feel free to comment and give advice! This is a beginner guide, so it is meant mostly for players who are getting started with playing Malzahar, but even if you are an experienced Malzahar plater, feel free to check out this guide. Since this is my first guide, it likely is far from perfect, so sorry if there are mistakes. This guide is not finished yet, I am trying to finish it as soon as possible. This goes for the visual aspects and content alike.
Why should you play Malzahar?

Malzahar is a mage, so of course his power lies within his abilities. Malzahar has a very original and diverse kit, I don’t think there is another champion that is very similar to him. I will dive a bit into his kit now.

Malzahar’s passive is rather simple, but far from useless. After some time without receiving damage or cc, you will get a shield, which will block the next attack from an enemy champion, you will take minimal damage and no cc. This can be very good in the laning phase, you will take less damage from poking and champions will have a hard time going all-in on you. In late game it can also save you from being sniped by for example an

Call of the Void

A nice ability for sure, the short summery is an AoE silence + damage. You basically deal damage and silence opponents in a rectangular area. Beware that this ability has a short delay, so take that into account when casting this spell. This ability has a lot of range, so it can be a nice poke. This spell is also very good in teamfights because you can silence a big part of their team, and if you have

Rylai's Crystal Scepter, they will also be slowed. You will max this ability second because it is a strong poke and becomes stronger with levelling, but you are simply more reliant on your E.

A quite simple, but useful ability. You spawn 1 to 3 voidlings that will attack for you. They live for a very short time and have very little HP, but they deal a fair amount of damage. These voidlings are an easy way to use your

Summon Aery. Some opponents will kill your voidlings as soon as possible, other opponents will simply ignore them. You can make use of both situations. If your opponent ignores your voidlings you can use them to bully your opponent and to clear waves. If your opponent puts a lot of energy into killing them you can poke them with your E or Q while they are distracted by your voidlings. An important thing to note is that the number of voidlings that are summoned is controlled by the amount of abilities you used before your W. If you used zero abilities you will summon one voidling, if you used one ability, you will summon two, if you used two or more abilities you will summon three voidlings. It is important to keep track of this because summoning one voidling is just a waste of mana. You can see the amount of additional voidlings summoned in the left bar above your abilities. Another important fact is that turrets always target voidlings over chamoions or minions, you can make use of this while destroying turrets. Another useful trick is placing voidlings behind you when you are about to get hooked or shot by for example a

Mystic Shot. You will max this ability last because its strength is not increased by a lot when it is levelled.

This ability is very important. It deals a high amount of damage over time, and if the target dies, it is moved on to a next target. It is good for waveclear, but also a great point-and-click damage source. In lane you can use it whenever an enemy gets too close. Once you’ve bought your

Demonic Embrace this ability will burn enormous amounts of health of your enemies, and likely use

Summon Aery twice. This ability is, as I mentioned, very good for waveclear, since it could be passed on through an entire wave if you kill the minions fast enough. Always focus the minion that is affected by your E. If a target dies an amount of mana is also restored. If you use E, and then W, the voidlings will target the minion affected by your E, and you will likely be able to clear an entire wave. If an enemy is out of range for your E you can also use it on a minion, and when the minion dies, the E could be passed on to your opponent.

Your ultimate. A point-and-click suppress with a ton of damage, who doesn’t love that? There are many different usages for this ability. In teamfights, you can ult the most important champion from the opponents, and it will be focused and killed by your teammates, you can use it when an opponent turretdives, you can use it in a 1v1. There are many possibilities. In a 1v1 I usually press Q—>E—>W—>

Ignite rapidly before ulting, this is almost a guaranteed kill since your voidlings will swarm around your opponent, they will receive true damage from ignite, and a lot of magic damage from your E and R. The only problem with your ultimate is that it can easily be countered by the item

Quicksilver Sash (In this guide referred to as QSS). So keep looking at your opponents’ item bar.

There are a few different options for Malzahar’s runes, but I think for the biggest part the best options are rather clear.

Sorcery is the best main rune line for Malzahar. The only situation where you wouldn’t use sorcery as your primary rune line is when you would want to go with

Dark Harvest which in my opinion isn’t the best choice on Malzahar, but I will talk about that it bit later.

Okay, so as our primary runes we will use Sorcery. We have a few options everywhere and I will talk about everything.

Thank you so much for reading my guide! If you thought it was useful or liked it, please vote, it really means a lot. I hope I will update my guide soon. Good luck and have fun playing Malzahar.