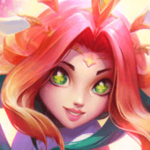 Ivern Build Guide By Doglightning Updated on May 11, 2022
Follow

EVERYTHING BELOW THIS POINT HAS NOT BEEN UPDATED FOR SEASON 12

I am updating one guide a week for the next 10 weeks. If this message is not at the top of the guide then it has been updated


The idea stems from the fact that

Ivern can one shot camps at level 1 with his passive

Friend of the Forest and

Smite. The whole idea of this strategy is you are constantly putting the enemy jungler behind while your bot laner is getting solo exp. I say bot laner as I found this start works well with mages bot as they can farm 1v2 and love solo exp. Make sure you start the jungle item

Hailblade. If you don't you won't hit lvl 2 off the first camp and will be behind for lane in exp. On first back sell the

Hailblade for the support item!

How to level 1 invade


How play rest of game


Now that you got your level 2 camp steal head bot you should get there by the second wave. (tip I usually tell my adc to let wave push to them level 1 so they don't over extend and die.) Just chill bot till 3:15 and walk to the bot scuttle crab and steal it. If enemy jungle is there just leave it. Once you back sell your

Hailblade for the support item so you can start to work towards your wards. At any point if you see the enemy jungle top you can scout the enemy bot side for free camps to steal putting their jungle farther behind.

At the 6 minute mark you unlock your spellbook summoner swap. If you stole the enemy top side buff you can swap for a

Teleport to tp top and steal the top buff on respawn. You can also take

Exhaust if you summon

Exhaust on the enemy adc you can pretty much solo them in a all in.

Daisy! and secure it with your


Here is a good example of how to do the invade strat and how to adapt based on what happens. In this video I go to blue after I see twitch but a good note is I also could have took wraiths to hit lvl 2 and gank mid.
https://www.youtube.com/watch?v=RDGjc-xAHTE

Triggerseed is good because you can shield yourself as you walk into auto range
and hit the explosion's damage. After that you take

Rootcaller as it provide ways to make
picks and peel. Finally you get your

Brushmaker as it doesn't add as much as the first two
spells. You max the spells in this order as well because it is important early to get a big shield
on a low cooldown.

Rootcaller. Is because
you need

Rootcaller to face check brushes to get early deep wards down. It also helps
because you can use it on the buff to hop the wall and hit level 2. Since you will be level 2 after
the buff you will come to lane still with

I used JHOIJHOI guide Making a Guide to create this.