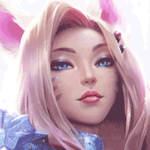 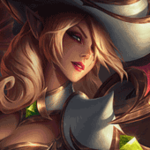 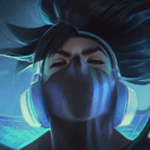 kagawadnonoy | February 12, 2021 7:17am
hi, just finished reading everything. i found it very helpful. especially "to have fun" hahaha! thank you! i wanted to try morgana now.
1

PulseBeat_02 | December 2, 2020 1:12pm
You take Blue smite because if you smite an enemy it slows them and allows it to be easier for you to land your root on them.
1

PulseBeat_02 | November 16, 2020 6:30am
Yeah. However his ultimate isn't immune to roots. Basically, if you could land a root before the alpha strikes, it would be good. However, if you are too late, you can use a black shield to reduce the damage (because it cancels the 25% extra damage if you are alone). Then when he pops out, you can land a root onto him and place a W to heal for some of the damage. A 2-3 second root is usually a long time and allows you to gain enough distance between the enemy jungle and you. Although he may seem scary, he is actually useless if he is rooted, because he can't alpha strike while being rooted and likely will be CC'ed by your teammates.
1

PulseBeat_02 | November 22, 2020 6:49am
iirc properly. If I black shield against a Master Yi's alpha strike before it would reduce the damage taken. I know this very well because I used to play Morgana jungle very often, and Master Yi was a common jungler to face against patches ago. Perhaps it changed later on, or I might have thought something different. I'm going to give this a try in practice tool to see if it does work. The idea however is to not get him fed early game, land a root cause he is not immune to roots, and heal a bit for better sustain. I read this part from Master Yi's ability:

"If there are no other un-marked enemies in range, he may strike the same enemies again, dealing 25% damage instantly."

Although the black shield doesn't absorb attack damage, it actually probably avoids the multiple strikes with an extra 25% damage if you are alone (because it is a spell shield). I may have been a bit misleading in the comment I written, it should be "spell shield" blocking spells on abilities, instead of "crowd control immunity". (Edited the comment)
1