Preseason 2020 Gameplay: Rise of the Elements Welcome to Preseason 2020: Rise of the Elements! In our high-level goals blog, we revealed that this year’s preseason would be transformative but left the details hiding in the fog of war. Then we shared a video preview during the 10th Anniversary Edition of Riot Pls. And now, the full reveal is here.
Source

Elemental Rifts
The third drake transforms the Rift before it spawns and after that, its element will be the only one to spawn for the remainder of the game.


Infernal Rift: New pathways spawn through buff camps and their brush is burned away.
Ocean Rift: New and larger brushes. Honeyfruit plants spawn in each jungle quadrant.
Cloud Rift: Air currents spawn in the jungle and dragon pit, which speed up nearby champions.
Mountainous Rift: New walls are created around the map, including the mouth of the dragon pit.

Elemental Buffs & Dragon Souls
The Elemental Drakes themselves still grant different flavors of permanent, stacking buffs to your team when killed, but some buffs are now a little different.


When a team kills their fourth Elemental Drake, instead of stacking their elemental buff, they'll gain a powerful Dragon Soul from the dominant dragon. Dragon Souls persist through death and last the remainder of the game.


Once one team has claimed a Dragon Soul, it becomes the Elder Dragon's turn to defend the pit—this means only one team can have a Dragon Soul.


Elder Dragon
Elder Dragon still grants a powerful, short-term combat buff, and we're retooling it to offer teams who failed to claim a Dragon Soul a teamfight-focused hope of getting back into the game. To achieve this, we're removing Elder Dragon's scaling with Elemental Drake buffs (which favors the team that's ahead) and replacing it with a new execution component. If Elder's burn damage affects a low-health enemy champion, they’ll be consumed by a searing Elder Immolation — killing them instantly!

Enemies affected by the Elder burn have a small marker on their health bar, indicating the execution threshold. The execution has a brief wind-up, so with quick reactions, Immolation victims can avoid imminent execution with the usual suite of clutch save abilities or spells (Zhonya’s Hourglass, Kindred’s Ultimate, etc). The threat of Immolation will still be there when they become vulnerable again, so if the Elder buff burn is applied a second time, it’s back to the fountain!


Side Lane Alcoves & Brush
Aside from the Elemental Rifts and other Dragon changes, we've made some renovations to other parts of Summoner’s Rift. We've created identical alcoves in top and bottom lane. Both alcoves feature three patches of brush on their outer edges and a small space in their center for champions to juke around or hide in.

We don’t expect alcoves to be used constantly throughout lane phase. But every so often, players may turn a 2v3 into a double kill, or perhaps escape certain death due to the unique layout of an alcove. We look forward to seeing how players make use of them when they hit the Rift.

Finally, there are two new patches of permanent brush opposite the Baron and Dragon pits. These open areas to the river are high traffic, but lack the map features that create playmaking possibilities. New brush opens up a lot of new strategic and tactical options.

Thanks to Lugignaf for the sig!

Show more awards
Posts:
59
Joined:
Jul 31st, 2019
Rep:
Remarkable (27)
Profile Blog
Permalink | Quote | PM | +Rep October 15, 2019 9:13pm | Report
Change is always good as it keeps things from becoming stale and always the same thing. I love the idea of dragons having an effect on how the map appears. As for stuff regarding support,

Ancient Coin being removed is one of the things I've always wanted. The new support item changes are exciting just cause as a support, not having items can feel painful as other allies or enemies have items. Not having to spend so much money on your support item will allow supports such as mages to come online earlier without sacrificing their supportive duties (delaying upgrading their support item to get other items). I also love the support items having the option of being AP or AD (

Relic Shield), which will allow AD champs to be able to be more viable as support (Miss Fortune/Ashe).

Kleptomancy, I don't believe is super problematic unless you are going top lane with a ranged champion versus a melee champion. I'm curious to see how the changes will affect champions such as

Sona (Bot lane) who run the rune as their primary if only keystone set-up. Lethality Items, I'm excited to see be changed as someone who plays

Duskblade of Draktharr or

Youmuu's Ghostblade when you go lethality over

Edge of Night. I think my one request is having 10% cool-down reduction added to Edge of Night (probs need a compensation nerf on something else if added).

Liandry's Torment as well a change for

Mikael's Crucible. Mikael's, in my opinion, is the worst choice out of the options for Enchanters as it really doesn't provide anything you wouldn't prefer elsewhere in other items such as

Ardent Censer. I think for my wish is having it become an aura item that activates upon taking hard crowd control (not including knock-ups, blinds, etc), that will remove CC off you and allies in a short radius. 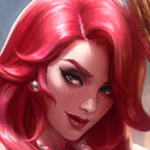 Spear of Shojin end the rain of when

As a more of a toplane player, the new map environments for the lane is really nice to me. It finally gives me the sort of outplaying potentials where I can actually use the map in order to win.

Love the changes but lets hope Drakes aren't too overpowered, they kinda seem to be at the minute but who knows. Also, finally more toplane impact, maybe now there won't be 9 out of 10 games with a coinflip botlane.

[quote=Fruxo]Thank god they removed [[Spear of Shojin]] end the rain of when [[renekton]] & [[Jax]] is just perma op. As a more of a toplane player, the new map environments for the lane is really nice to me. It finally gives me the sort of outplaying potentials where I can actually use the map in order to win. Love the changes but lets hope Drakes aren't too overpowered, they kinda seem to be at the minute but who knows. Also, finally more toplane impact, maybe now there won't be 9 out of 10 games with a coinflip botlane.[/quote]

Thanks to Jovy for the sig!

Show more awards
Posts:
242
Joined:
Nov 11th, 2017
Rep:
Remarkable (31)
Profile Blog
Permalink | Quote | PM | +Rep October 16, 2019 4:36am | Report
Some thoughts:
Overall, I'm looking forward to playing it myself!
[quote=Silverman43]Some thoughts: [list] [*]Thank God they finally removed [[spear of shojin]]! [*]No more true damage on [[conqueror]]! Tanks might finally be worth picking again. [[Aftershock]] changes should be good too if it really ends up being still good on tanks. [*]This is gonna be an interesting time for jungle mains. The exp changes to Krugs and Gromp are gonna allow more creative pathing. The elemental rift seems really cool, but I doubt we will see it often. The dragon soul mechanic seems quite strong, but only time will tell whether it will matter that much, assuming a team should be really far ahead in order to secure those 4 drakes of the same type. The elder dragon change seems kinda OP though. Not a big fond of executes, especially if it isn't necessarily a skillshot. One thing is sure: there will be even more pressure upon junglers. A missed [[smite]] might have more consequences. [[Nunu]] and [[shyvana]] will probably be meta with these changes. [*]The toplane changes seem nice. But I don't know if the [[rift herald]] changes will be enough to get a jungler's priority over botside with the drakes. [*]If they remove the gold generation of support items after upgrading, won't that leave them with little to no gold mid-late game? I need more information to conclude, but it's not like a support will get a lot of opportunities to farm minions while there are already the top, mid and ADC. [/list] Overall, I'm looking forward to playing it myself![/quote]

Thanks to Jovy for the signature!