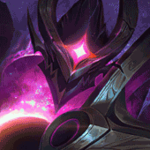 Lhang Kamb (4) | May 15, 2020 3:54pm
Also, I don't exactly seem to like the inspiration runes, just because they're not my style, so do you think you could add another few runes choices, such as domination with sudden impact and other runes?
And also, maybe support runes for ornn, such as font of life.
1
[-]

Inspiration tree isn't your style, experiment with it. This is my guide which reflects my personal preferences for a champion, hence me including only the options I'd really use most of the time (there are exceptions every once in a while).

Ornn. You could potentially go Precicion with

Presence of Mind or

You can go for

Lhang Kamb (4) | May 15, 2020 3:51pm
Wait, so You upgrade abyssal mask and forgefire cape when using ornn right?
That's usually how I do it, I upgrade either of them, depending on the enemy if they're AP or AD, but if the enemy is mainly AP/AD, and I only build Abbysal/Forgefire, then what second item do I upgrade?
1
[-]

Forgefire Cape is just a really good option since it gives you HP as well. If you want to go more supportive against AP then you have the option of going 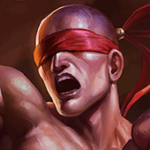 DimosthenisLoL | April 22, 2020 4:54am
Since aftershock is good against poke, is it good against irelia? Because she usually pokes a lot
1
[-]

Grasp of the Undying is a good choice in that matchup too as you get more damage in your trades. However

Irelia being really strong at the moment, she will most likely just all in you after she gets a few of her core components/items so I'd be careful with that.
1
[-] 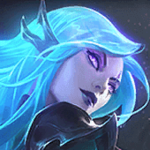 yabbie | April 14, 2020 5:03pm
Ornn passive here is outdated. Ornn gets his stuff for Free at Lvl. 13, and needs to reach Lvl before being able to upgrade one of his Allies's Items, going from there he can upgrade one more, per Level past 14.
The Allys will always get the Item upgraded which the bought first.
1
[-]

"At level 13, any upgradable item

Ornn owns or purchases for the rest of the game is upgraded for free (limited to two upgraded items). At each level from 14 and onward, 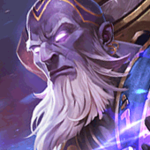 Mruro | February 10, 2020 1:44am
Not to be a clever *** XD, but it might be usefull that u include how in any type os squirmish, Britle can be triggered to deal the dmg effect twice: hitting ultimate both times (first hit aplies britle, second hit deals 1rst britle dmg and knock up) and then by Q-W-E (if hit terrain, or the rock from Q) / Q-W-E-AA (first one doesnt need auto-attacks since britle dmg aplies when E lands by hitting terrain).
I know it makes sense and may be obvious, but as lvl 56 "summoner", it isnt until u think about it and try it out at the practice tool.
2
[-] 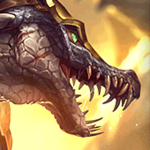 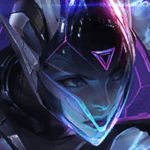 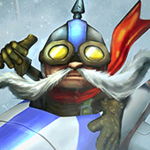 Lenoxhood | December 10, 2019 1:35pm
When should i take Iceborn gauntlet instead of sunfire. I am interested because of the fact that i really like the sheen passive and i think that Iceborn is generally cool.
1
[-]

chigganometry | January 8, 2020 7:06pm
What makes sunfire so good is that it will constantly keep your grasp up and makes you a huge lane bully if you play your cards rights and you dont even need to fully upgrade it. Even against an ap laner, u can buy a bami cinder in lane(preferably after a trade so you get some base hp back), and just sit on that while u buy components to abyssal mask. unless you are really curbstomping your laner or their team is all ad dreamteam, the extra mana and armor isnt really worth it. if you want utility, righteous glory is better as you can still get the slow and be able to gap close.
1
[-]

Iceborn Gauntlet helps you stick onto more slippery targets so considering it against champions with decent mobility in lane can be a good choice. Only con is you'll be more squishy due to the lack of HP you'd get from

Sunfire Cape, but the damage output you get in return is really nice.
Loading Comments...
Load More Comments

Ornn Jungle ~ Step aside Sejuani, Freljord is ours! [S10]
By Dreadscythe95

[10.6] Pickle Pick's in-depth guide to Ornn in the top lane!
By Pickle Pick