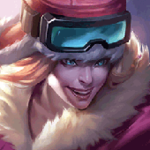 My name is Kyle
I've always wanted to write a guide and contribute.
My guides will usually be off meta but they work like a charm.

Anivia is my main champion so this guide will get some special attention :D


Any questions can be asked on our community discord server.
Discord
twitch
Youtube
Donate

Any donations are much appriciated.
My other guides.

Early clownfiesta's/invades will usually work out for

Anivia since you have a safety-net for passive and your stun can hit multiple people. Hitting a skill-shot will also proc your manaflow and kill/assist will grant you a hunter stack.

Anivia is horrible in laning phase. Try to poke with e to stack manaflow but don't trade unless you have to, any other champion you face will do more damage with their combo than your double damage on both spells.

*Mid-Game*
If you get a blue buff 7-9 minutes in game you can start stacking your team.
Don't be surprised you're no killing machine yet, but try to take raptors every 2 minutes for an xp lead. Only help out your jungler in your jungle, don't help him out in enemy jungle.
Make sure not to miss any cs, you might get lazy once you have your ultimate but every cs counts.

*Late Game*
After you pick up your [liandry's Torment] your damage spike's insane. Add a deathcap as soon as possible to completely destroy enemies. You never want to fight in lane anymore, jungle is where you want to pick up kills as you can totally lock people with your wall.

Anivia is the only champion I've experienced to single highhandedly stop the entire enemy team as long as they don't use herald or empowered minions.

Anivia is really slow, buying boots won't remedy this, especially because other items that follow up on top of that are percentage based. Therefor roaming is usually not the best idea.

Anivia loves dragons, espcially the 2 listed below.
Ocean drake is enough to never be out of mana again.
Cload drake will increase the movement speed to be equally fast as other champs

[10.10] Blue Bird Is The Word: Anivia Guide
By orangepenguinhead