It's time for the Midseason 11 Guide Contest! Create or update guides in the following 2 weeks for the chance to win up to $200 in prizes! 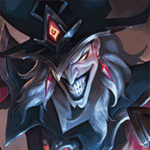 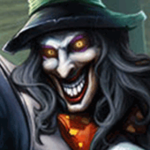 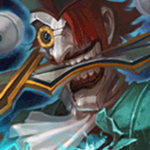 Kozz1 | March 7, 2021 3:52pm
I find Aurelian Sol and Yasuo the hardest matchups for me. Yasuo seems like he can never die and Aurelian Sol is impossible to get close to without taking massive damage.
1 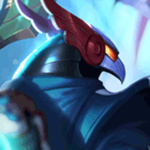 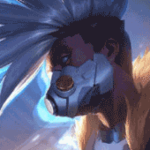 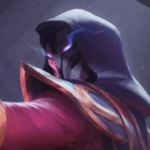 Oishisenpai | June 24, 2020 12:15am
Love the guide! However, I wonder if there's a way to incorporate a hydra into these builds for wave clear/split pushing. Also, wouldn't the hydra also help with the hybridness of the build? Unless it's better to just go either full AP or AD.
Also, why do you suggest arcane comet when the other AP shaco guides all suggest dark harvest?
2

Impossible2Gank (1) | June 24, 2020 11:36am
I've done Statikk Shiv before in more ad-oriented builds rather than going protobelt for the push so I don't see why you couldn't go tiamat or what it builds into, this mostly depends on if your comp lacks ad and such since if you're building more ad while your team already has plenty of it the enemy just has to focus on building armor. You can also begin using Elixir of Sorcery after a few items for its passive on turrets to help take down bases faster.

As for your comment on if its better to go AP or AD and why I use comet. Shaco should be better as a hybrid as damage and resistances are usually varied between most comps these days. You don't usually see full ad or mage comps anymore so the few champs that do work as hybrid I feel are strong currently as they can lift and carry the weight of your teams ad while still giving the enemy a reason to go magic resist which helps your other teammates who are ad flourish better. That doesn't mean going full ad or ap wouldn't be better in some cases, there are plenty of times choosing to go full in 1 stat is better over doing the others but you'll have to make that determination by looking at each teams comps (and later on, their items) and deciding the needs for both.

I've tried many runes in the mid lane but the one that I found most reliable and consistent is arcane. I do use dark harvest when I go support as there's more chances to proc it but in the mid it can be a stale mate depending on the matchup and that ruins the efficiency of being able to proc it on easy targets when you can. Most of my matchups in D4/3 elo are usually tough to deal with and very safe to play, most of them rarly allow themselves to get low as they know the power of early game E Shaco has so I found arcane comes out on top for mainly that reason as it can always be used as long as if it's off cooldown and although it may not scale better, it provides just enough consistent damage to lean matchups in my favor. Anyway I hope that clears some things up, let me know if you have anymore questions!
1

Oishisenpai | June 25, 2020 1:10am
Awesome thank you so much for your reply!
I would say that I am just extremely confused by the various builds and items that Shaco can use. I still don't understand when I should go for manamune and also when I should go for the hextech gunb;ade. Are there any certain indicators or does it simply depend on if you're in a lead and personal preference?
Also, I am having trouble sustaining myself during lane and farming in general. Am I supposed to just farm safely with minions?
Load more comments (2 more replies) →
1

Impossible2Gank (1) | June 26, 2020 10:38am
Shaco can pretty much build anything. He fills the gaps in team comps very well I feel and that mostly lends itself to how his boxes work and ult interaction while invisible that allows him to engage and disengage any fight as well as control the flow of teamfights effectively thru good box placements so items really become a second focus here until you become comfortable enough placing boxes down in key spots without thinking about it.

As for building manamune and such. In recent times I've leaned more towards building 2 dorans than focusing on tear but I do get faerie charm just incase I do decide to get one. I've changed and made my guide reflect it more (as opposed to before where I would almost always get tear) to help people understand the reasoning. That isn't to say manamune is bad or shouldn't be considered. The indicators are mostly if you desperately need mana to keep up with your matchup or if you feel the game will go late and that's where you would invest in a tear for not only being able to split longer but to bank on the power spike that comes later among other things. Since they nerfed the auto/proc damage from your ult clone not too long ago, manamune actually became a little more viable but in the fast paced and sporadic games I get I needed something more consistent and I went back to building 2 dorans (as I use to do this long ago.) As for hextech items, my guide explains it more better but protobelt is good for splitpushing and extra HP against enemy comps that feature true damage as well as the mini gap closer. GLP is good when you want to slow down the enemy and need the extra CDR for box placements (it's also good against champions that can go invisible) and mana it gives synergizes with tear/mana-based builds and items such as Liandry's Torment (which help makes up for lack of HP that GLP has.)

As for your last question. In the future I should have visual explanations and gameplay to help show what to do but basically you need to box early on before first wave hits and get a good push going then backing for 2 dorans rings and another item (usually corrupting potion) you are basically set when it comes to mana so now all you have to do is farm. How safe you can farm depends on the matchup but with melee you can be more hands on with the wave (keeping a box nearby for when they try to engage on you) and against range you need to give up more cs and let the waves crash in and see if the enemy will trip up around the turret and your boxes or wait for a gank. Remember the more boxes you can place down the more likely they'll forget the first one placed and when you back and they push up to turret you can Q from the camp area to get behind them to see if you can trap them between a box and your turret for a quick kill. Again a lot of this depends on the matchup, for example even though Heimerdinger is ranged you probably don't want to be hopping in without your ult and poking him down low enough beforehand, for matchups like Syndra where they can dictate your boxes you'll want to spread them out further and play more tricky (baiting abilities and such by moving in and out and side to side.) The main idea is try and farm safe early game to get some core items while helping to maintain jungle camp/drag control and roaming when necessary but being careful doing so until later on where then you'll need to decide if you should split or be around team for fights or objective control or a combination of both.

You can see more information on the builds and such if you put your mouse over "Notes" with the pencil icon next to it (They can offer some help outside the guide itself.) Anyway, hope that helps clear everything up! I'm in the process of updating the guide for build paths, matchups, etc.. Where I'll distinguish 3 styles of play. 1 for manamune builds (lategame), hextech builds (utility) and for builds without neither tear or hextech items (basic) and all that should help make everything more clear with farming/laning phase and later stages of the game and such.

If you have anymore questions don't hesitate to ask!
1

Impossible2Gank (1) | July 20, 2020 3:23pm
Guides been updated :) will also have more updates coming in the following weeks (like gameplay snippets for tips section and such).
Loading Comments...
Load More Comments